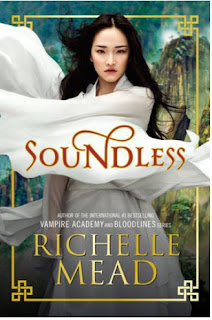 The Maid of Heaven--Joan of Arc's Unusual Ally

When I saw a summary of The Maid of Heaven by Aidan James and Michelle Wright on the publisher's website, I was intrigued.  It's the third in the Judas Reflections series about an immortal Judas Iscariot.  I hadn't read any of the books by these authors about the immortal Judas before, but I was particularly interested in this one because it involves Joan of Arc, one of my favorite historical personages.

I admit that I hadn't been reading books dealing with strong women suitable for review on Book Babe.  At last I have a  Book Babe novel.  I received a free copy of The Maid of Heaven  from the publisher, Curiosity Quills, in return for this honest review. 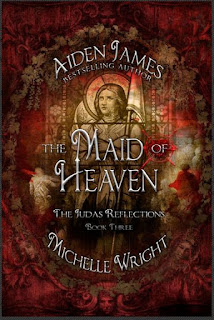 First, I ought to say that Judas is the viewpoint character.  His name in the 15th century is Emmanuel Ortiz and he came to France expressly for the purpose of fighting for Joan of Arc's cause.   Joan of Arc had some unusual allies in real life such as Gilles de Rais who became known as Bluebeard, but certainly Judas Iscariot would stand out.  This is not a saintly Judas.  He enjoys his life for the most part.  This is why I commented in my book journal that if immortality was supposed to be a divine penance, it wasn't working.   He does experience angst at times, but it doesn't put a halt to his recreational activities.   He reminded me of the Immortal Duncan MacLeod from the Highlander television series.  Duncan MacLeod also lived with gusto, and was interested in fighting for great causes at one point in his life.

I liked the portrayal of Joan of Arc for the most part.  She is courageous and has tremendous fortitude.  When she was wounded with an arrow, she drew it out herself.  I have read of this stalwart Joan in many books.  Yet there were two anomalies in this portrait of Joan.

According to the trial transcript, Joan had vowed to dress as a man.   In this novel, it's a pragmatic choice.  She dressed as a man in battle and when she was imprisoned in order to avoid rape.   Unfortunately, the trial transcripts reveal that she was raped a number of times while awaiting trial.   This is mentioned in the novel.  Judas is enraged when he learns of it.

The other anomaly is that in this book Joan was not a virgin before she was captured by the English.  Saints aren't supposed to be sexual, and most authors seem to have the attitude that Joan couldn't engage in consensual sex because it would weaken her.  I think this is a puritanical attitude.   The authors of The Maid of Heaven evidently don't believe this is true.  It humanizes Joan, but it doesn't make her less strong.  I was actually glad that the authors had made this choice, but it is a controversial one.  This Joan doesn't think of herself as a saint, and she mocked Judas when he suggested that she might one day be canonized.

I thought that The Maid of Heaven was unexpected and a compelling read.   I might be interested in following future adventures of the immortal Judas--especially if he encounters any other favorite female historical personages.