The Whip by Karen Kondazian

The orphanage: A cruel headmistress goes too far with her punishments. On one hand, she accidentally introduces Charley to her lifelong love: horses. On the other hand, she turns a kind and caring boy into the makings of a monster. This boy was Charley's protector and will soon become her enemy.


Rhode Island: Charley falls in love, but the rest of society, and namely, her "brother" don't agree with her choice of love interest. The loss of her man and her baby lead to the loss of her femininity as she dons male attire and becomes a stagecoach driver in order to travel to California to hunt down and kill her husband's killer. But will she get her revenge before the man can do her, her life, and her loved ones more damage? Will she be able to do what needs to be done? Life hasn't been good to her as a woman that's for sure. Will it treat her better as a man?


California: Charley becomes one of the best damn stagecoach drivers around, starts a family of sorts, has weekend trysts in San Francisco where for just a few days every now and then she can wear a dress again and lie with a man and just feel like a woman. But all good things must come to an end.


Conclusion: Awesome read, excellent narrative, perfect blend of fact and fiction, and though Charley faces an  incredibly sad amount of misery and misfortune, the book managed to make me laugh at times as well as shake my head in sympathy. Her flirtations with Edmund, Anna's Cleopatra scene, the Wells Fargo Stagecoach rules, numerous things throughout the novel made me chuckle and overall, the book has made a huge impact on me. It's also about a very strong woman, probably one of the strongest women I have ever read about. Life kept beating her down and she kept getting back up, minus one eye or minus a man and a baby, but never without her determination.


Five stars. I received this from the publisher. The book is due out November 1st, 2011. Be sure to mark it as to read.

Once again, I am left amazed and reeling by the writing of Cecilia Samartin. When I read her work (and this is my 2nd one) I find myself pulling on my hair and muttering to myself, "Now this is a real writer, the kind of writer I only dream of being. My work sucks compared to this."

In Tarnished Beauty, there are two stories, the first one being about Jamilet. The time is... 1950s? (I assumed this because of the reference to Elvis music.) The setting is Mexico. Jamilet has a huge birthmark that covers her back, butt, and the backs of her thighs and upper arms. As a result, the suspicious and unkind people in her Mexican village shun her, throw rocks at her, and set her to dreaming of a better life north, in America where she can get her mark removed. Thus, when her mother dies, she dons male attire and crosses the border illegally.


Here now enters Senor Peregrino, a mental patient? (I'm not saying.) Jamilet tends him in the hospital in which she gets a job. Whereas most people cannot stand the Senor, Jamilet must tolerate him when he holds something over her head. And she listens to his story and she comes to like him. His story involves a love triangle, a jealousy, a pilgrimage in Spain.. He had originally thought he was to lead a religious life, but instead discovered himself drawn to a woman.


Meanwhile, Jamilet is having a love triangle of her own. She has a thing for Eddie, but Eddie is with Pearly... and besides, Jamilet is so determined to hide her mark from him and the world that she may be hiding a huge piece of herself and her heart.


Extremely well written, just a bit too descriptive and drawn out in Senor Peregrino's parts. (That's how he chose to tell it, however, and it suited his personality.) Aunt Carmen is hilarious!!! I related to Jamilet very well as in a way, her birthmark is a handicap to her (as long as she chooses to let it be.) The ending...I had to force myself to slow down and read it word for word as I was so anxious to find out how it unfolded..


There was a laugh out loud moment:


"I feel like a piece of sh*t," she said, tears running into her mouth. "No, sh*t is too good for me, too real...you can still see it and touch it. I'm more like a fart, a big silent killer of a fart, a smelly ghost." (This was the aunt.)


Favorite quote: "People who don't drink coffee are weak and feeble-minded; they usually don't have opinions about anything, but if they do, they're afraid to formulate them into words and speak out."


Four stars and I received this from the author.

A Black Girl's Poetry for the World by Kimberly LaRocca 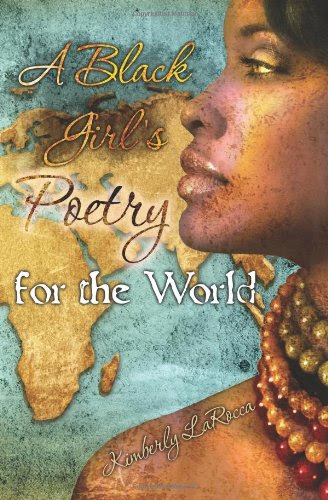 I don't normally read poetry and I am probably not the best judge of it, but when I saw this gorgeous cover, I was willing to give it a go and I enjoyed it very much. This book of poems is a variety of emotions. There's the poem What I Need. It's a woman telling a man she doesn't want to be his girl, just wants what she needs, but then there's the poem My Last Day, a woman telling her lover that being with him is how she wants to spend her last day and Love's Surprise...

Sometimes love throws you a curve,
It flows outside the lines.
Sometimes love takes broader shape,
Refuses to be confined.
It takes you up, then drops you down,
It smiles at you and then frowns...


Each poem is another emotion that women have. Sometimes we embrace love, sometimes we are befuddled by love, and sometimes we go to Hell and back for love. Some of the poems talk about heartbreak and some I can't even explain..


It's not cologne or soap, you know
That fragrance I know so well,
Not Ivory or Irish Spring
That essence that I smell.


An aroma only you possess,
Separating you from the rest
So distinct, your scent,
And you wear it well.


Really enjoyable book of poetry for not only black girls, but all girls. And a huge point in its favor: they rhyme. I'm one of those people who thinks it's got to rhyme!


Five stars. I received a pdf of this from the author.

The Whole Package by Cynthia Ellingsen 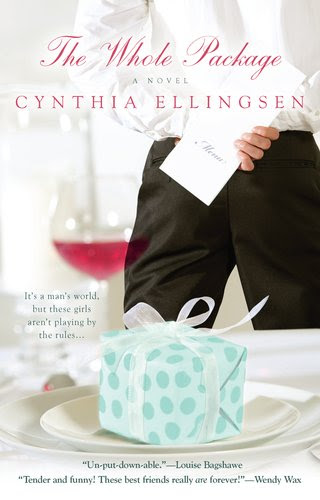 What a great idea... and one that many of us women would whole heartily endorse: a "Hooters" for women, a restaurant where women can go and be served delectable dishes by scantily dressed men and see a strip show every 15 minutes.

And that is what Jackie, Cheryl, and Doris set out to do. The BFFs start a restaurant together, The Whole Package. Whether their business survives or fails is up to them. And while interviewing sexy models, shopping with gay men, and dealing with picketers, each woman is dealing with turmoil and betrayal in her personal life. Cheryl is dealing with job loss, a potential new love affair that betrays her all in the name of advancing his own career, and possibly a more personal surprise. Jackie has lived like a pampered princess for so long that she doesn't know how to really work for anything and besides coming to terms with that, she must also deal with her guilt over her growing friendship with her dead husband's best bud. Doris is dealing with a teenage daughter, her weight and self esteem, and well, her husband has decided he wants to be like the guy's in the movie, Wild Hogs.


I love this. I was thoroughly entertained and laughed out loud A LOT. The women aren't perfect and they are easy to relate to. They face everyday problems that we all face (except Jackie.. Not many of us can say we were married to a very wealthy man and spent all his money in Paris..) My only quibble: I didn't like the ending for Doris. I don't wish to reveal too much of the story so I'm just going to say, "I would so not have taken him back."


Nevertheless, five stars. Really enjoyed this one, breezed through it despite the fact that I was traveling, visiting family, and it is 400 pages.


I received this as part of a blog tour. 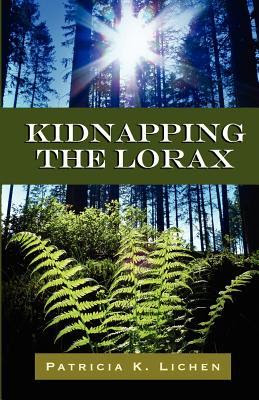 Though I am not a tree hugger, per se, I do take a slight interest in animal and wildlife rights and I love books with strong heroines. This book definitely has a strong heroine.. she doesn't even like to be called feisty. Here's why:

"Feisty is a diminutive term. one virtually never hears it applied to men, and that alone should be enough to make one suspicious of it. It is a term that lessens the power and strength of a woman and as you will discover should this excursion continue beyond this point, i am not a woman to be lessened. You may refer to me as 'self assured,' 'strong willed,' 'brash' or even 'cocky,' but you will not refer to me as feisty."
Whoa. Food for though and the excursion, Lacey (the Lorax) is referring to is her own kidnapping at the hands of some extreme environmentalists to hope to gain her aid in changing an upcoming law that should it pass, will cause the ruination of their beloved Pacific Northwest forest.

The kidnappers consist of Walden, a know it all, a lady's man, an argumentative fellow, Fern aka Maggie (not sure why she didn't abide by her fake name throughout the book as the other ones did. Maybe I missed something somewhere), a timid girl torn between the two men, and Tracker, a big quiet buy. Obviously, Walden is the leader and he and Lacey butt heads OFTEN as they hold her in captivity in the woods. She must complete a list of outdoorsy tasks before they let her free.

I really enjoyed this, especially the beginning. There are burst of humor and laugh out loud moments throughout the book. Anytime the red shovel was mentioned, I laughed. Especially enjoyed Walden's explanation of its usage. Unfortunately, that's all I liked about Walden. His character tended to pontificate and give too many lectures and start too many religious arguments. Overall, I really enjoyed this book, but at times when Walden started one of his lectures, I spaced out a bit.

However, this was a great read. I learned a lot of things though I can't say I am going to take up camping myself. LOL There was more to the story, such as tensions between the kidnappers, friendships formed and broken, and so on and readers get an educational experience along with Lacey.

Four stars and I received this from the author in exchange for an honest review.