Karolina's Twins-- The Secret of a Holocaust Survivor

Novels dealing with WWII have been extremely popular.  I think they have replaced Tudor themed books as the most published type of historical fiction.  When they focus on Holocaust themes, they are very emotionally intense.  Unfortunately, because of their intensity readers tend to burn out on them eventually.  So I predict that there will be another shift in the historical fiction market in the near future.

As someone whose family was severely impacted by the  WWII Holocaust, I actually avoided Holocaust themed novels for a long time.   I felt that they would be too painful for me to read.   I'm not sure what changed for me, but I started to read Holocaust fiction a few years ago.   At this point, I have begun to burn out.  I don't think that it's a good thing for anyone to read too much about genocide because it blunts the feelings of horror and outrage that should be the normal response to these events.  Yet I am still open to reading Holocaust novels that are unusual in their focus, or which educate me about an aspect of the WWII Holocaust that was previously unknown to me.

Karolina's Twins by Ronald Balson is a different sort of Holocaust novel. It is a contemporary/historical legal thriller.  It is also the third in a series dealing with the cases of private investigator Liam Taggart and lawyer Catherine Lockhart.  It centers on locating a pair of twins who have been missing since WWII.  I received a request to review this book through the publisher and downloaded it from Net Galley in return for this honest review. 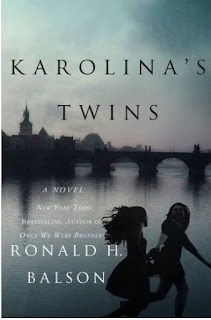 I knew that the Jewish community in pre-WWII Poland located in the cities and larger towns was very different from that of my own shtetl ancestors.  A shtetl is a small insular village composed entirely of Jews.  They were isolated from the outside world, and had very little knowledge of Polish society.  Their way of life was eradicated by the Nazis.  The contemporary Haredi, who are more commonly known as Hasidim, have done their best to preserve it. Yet it's difficult to duplicate the culture of a rural village in an urban environment.

Lena Woodward, the fictional client in Karolina's Twins, came from a Polish town that still exists.  Her father was a tailor who was also a WWI hero. Due to his military background, he was highly regarded by local Poles.  The family was Polish speaking rather than Yiddish speaking, and was very much integrated into Polish society.  I had actually never read about Polish Jews who were so identified with Poland.  They reminded me of what I've read about German Jews.  So it didn't surprise me to learn that Lena's father had business and family ties in Berlin.  Through research I discovered a Jewish memorial website which stated that Jewish tailors who emigrated to Germany from Lena's town of  Chrzanow were an important factor in the establishment of the German clothing industry in the early 20th century.

Lena's story was told to Catherine Lockhart as part of the investigation in the present.  Normally, I would be very critical of a novel whose structure was so expository because it usually lacks immediacy.   Yet Lena's narrative contained dialogue and other characteristics of flashbacks that made it more engaging, and lent it dramatic power.  It allowed me to visualize events.  This is a key difference that made expository storytelling more successful in Karolina's Twins.
Ronald Balson also handled suspense very well.   The plot was organized so that both the investigation and Lena's account reached a climax at the same time.

Lena was a courageous woman who was willing to take risks that most people would consider unthinkable, but her circumstances called for bold action.   In the present, this Holocaust survivor retained her mental acuity and vitality.  Yet she had regrets which caused her to conceal a crucial aspect of her past.  It's  this secret that brings her into a painfully distressing legal conflict with her son.  It lies at the heart of the narrative. Catherine's empathy and consistent supportive attitude toward Lena eventually allows the truth to surface.

Catherine impressed me with her willingness to place her career in jeopardy out of loyalty to her client.  Although the danger to Catherine in the contemporary storyline wasn't equivalent to Lena's traumatic experiences, there were suspenseful elements.  Catherine had the mental toughness to rise to the occasion.   So this book had two strong female protagonists.  This makes Karolina's Twins a novel that I can recommend to the audience for this blog. 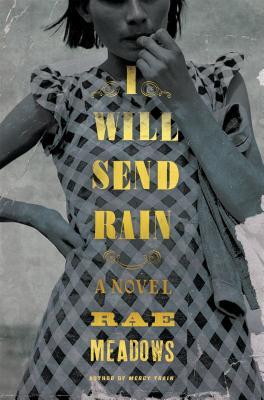 I've read many a novel about the Oklahoma dust bowl and I thought there was nothing new to take in about it. Reading this book, I discovered how people dynamited the sky in hopes it would bring rain. There is a jackrabbit hunt. My point is, I learned a few new things.All the while I became absorbed in this family's tale of confusion and survival...shame and pride. Each person in the family is facing their own dilemmas and tests of faith. The father grows deluded and the only thing keeping him facing each day is the belief that he is following God's plan by making an ark in the middle of a drought. The mother grows antsy, embarrassed, seeks comfort elsewhere. The daughter thinks she's in love and makes bad choices that don't suit her future plans. The son begins to struggle with asthma and yet refuses to wear his mask. Each person is stubborn and thinks they know best...and in the end nobody does.I feel like there are tons of morals here and food for thought and though I can't pinpoint or explain it all I can honestly say I was impacted by this tale and drawn into it. The writing is superb. The characters are revealed in such a manner that even if you think what they're doing is crazy or wrong, you understand their reasonings. It artfully goes back and forth without jarring the reader, at times even taking us to the life and mind of a character not of the family, showing us all the different dilemmas folks are facing. I think this is a great novel vividly portraying Oklahoma farm life in the thirties.

I received this via Amazon Vine.
Posted by Tara at 10:11 AM 1 comment: 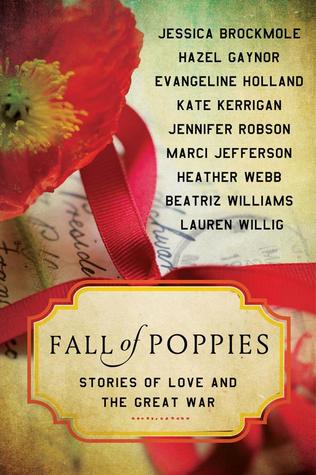 If you saw Flying High Reviews and thought you were in the wrong place, I'm here to reassure you that this is the blog that was formerly Book Babe.  When Tara posted recently, she decided to change the banner because the old one no longer reflected her current life or outlook.  I (Shomeret) agreed with the change.

I am happy to see a banner that centers on women in aviation because that theme has always been important to this blog.  Tara and I both have an abiding interest in it.  I also feel that women flying is a good metaphor for feminism.  So that unites the most important focuses for both of us.

Tara will continue to post occasionally and I will do my best to keep the torch burning with reviews dealing with books that have strong female protagonists.