I haven't posted here for a while.  This is partly because I was moving in March, but I also hadn't been coming across books with strong female protagonists.  I recently got hold of a book about a woman's suffrage leader which was given to me for free by the publisher.

Many readers may never have heard of Lucy Stone.  In my case, I thought that Sherbrooke's novel showed a different side of Lucy Stone than the one I knew about. 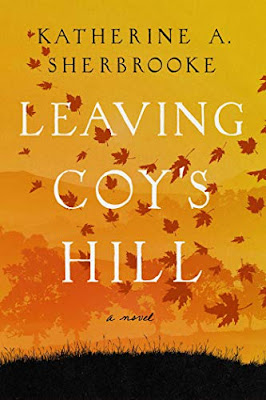 I thought of Lucy Stone solely in terms of her puritanical attacks on divorce and Victoria Woodhull, who is one of my favorite suffragists.  (See what I had to say about Woodhull in my review of Seance in Sepia here  , what  Karen J. Hicks had to say about her Woodhull book The Coming Woman here  and my review of the Woodhull novel Madame Presidentess here .)   Yet there was a good deal more to Lucy Stone than I had ever imagined.

Lucy started thinking about women's rights as a child when she thought a cousin wasn't being well-treated by her husband. She told a woman friend who wanted to be a minister that the Bible was used to diminish women.Then when she was being paid to speak for the abolition of slavery by the Anti-Slavery Society,  she decided that she had to speak out for women as well. When she married Henry Blackwell, she insisted on keeping her own name.  At the time, this was revolutionary.

This is a book that take's Lucy Stone's perspective.  It shows us where the women's suffrage movement fractured.  Although both Elizabeth Cady Stanton and Lucy Stone had husbands, Susan B. Anthony chose to demonize Lucy Stone's marriage as disloyal, but not Elizabeth Cady Stanton's.  I have always believed that feminists should respect women's choices. It seems to me that feminist leaders have gone wrong when they turn on each other because of life style differences.  Shared goals are the foundation of feminism.  Sherbrooke's novel shows that factions are unnecessary, and can have sad consequences.

Posted by Shomeret at 8:48 PM No comments: