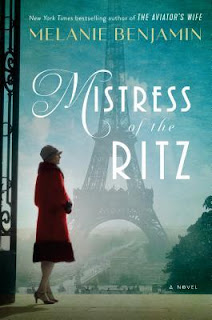 A Savage Kultur: The Fictional Story of a Painting Seized by the Nazis

A Savage Kultur by Monique Roy is the second book that I am reviewing by this author.  I participated in the blog tour for her novel Across Great Divides on this blog here back in 2015.  I  received a free review copy of A Savage Kultur from Monique Roy and this is my honest review. 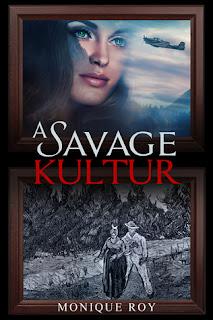 The last time a review on this blog dealt with a book on the theme of the Nazi looting of art it was Stolen Beauty by Laura Lico Albanese which I reviewed here.  That novel involved an actual famous legal suit brought by a descendant of the original owner to recover an iconic Gustav Klimt painting.

The  painting at the center of A Savage Kultur, "The Lovers: The Poet's Garden IV" by Vincent Van Gogh isn't well-known and has an unknown fate. An image of Van Gogh's sketch of the painting is reproduced on the bottom section of the cover shown above. Yet all the characters in A Savage Kultur are fictional creations.  So Monique Roy has given us a speculative narrative about this missing work.

Contemporary protagonist Ava Goldberg experiences what might have been a favorite fantasy come true for an art history student like her when she inherits an art gallery from her grandfather.  Her love of art and her devotion to her family are the most believable aspects of her character.   Her determination to reclaim the Van Gogh that had been owned by her grandmother's family is admirable.  On the other hand,  I didn't find the romantic aspect of her life very credible, and thought that the book could have dispensed with it entirely.

My favorite character in this book was Ava's grandfather, Karl Engel, who was the protagonist of the historical chapters in this dual period novel.  I consider him the most fully realized character and I think that the entire plot really does revolve around him.  His courage in Nazi Germany preserves the life of the woman he loves.  His decisions in the 21st century motivate Ava and give her life a focus.

The issue of art forgery arises in this book through the perspective of a character who engages in forgery.  Mention is made of the sophisticated techniques he uses to fool the experts.

What most sets apart this novel about Nazis and art is that this one doesn't portray Nazism as a defunct ideology.  There are unnerving survivals of Nazi beliefs and attitudes alive among their 21st century descendants in A Savage Kultur.  I was reminded of a William Faulkner quote.  "The past is never dead.  It's not even past."  So the resolution wasn't nearly as triumphant as other books in this sub-genre.  Instead there is a dark undertone that could cause readers to wonder when other manifestations of the Third Reich might surface.  One might also wonder whether the entirely too sheltered descendants of Holocaust survivors like Ava will be capable of stopping them.