The Widows of Malabar Hill: A Pioneering Lawyer in 1920's India

The Widows of Malabar Hill by Sujata Massey was nominated in the mystery category in the earliest phase of this year's Goodreads Choice Awards. Since I had a copy from the F2F mystery group that I attend, I decided to prioritize it.  I am reviewing it on Thanksgiving because I am thankful for this book. 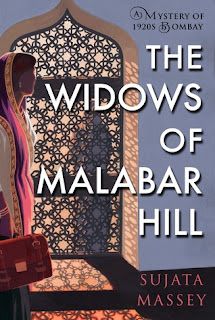 I  read some of the books in Sujata Massey's  mystery series about Japanese American Rei Shimura and found them entertaining.  Yet I've always wondered if she could produce more riveting mysteries if they were more related to her own heritage.   I don't believe that authors should be forbidden from writing books that have nothing to do with their heritage. What I do think is that Own Voices work is important and should be encouraged. Sujata Massey is partly Indian.  So I rejoiced when I saw that she had written a mystery taking place in India.  Not only this, but her fictional protagonist was based on real women who were among the first to practice law in India.

I reviewed a mystery about the real woman who was the first to practice law in California here. I hoped that The Widows of Malabar Hill would be better written and more authentic. My expectations were definitely fulfilled.

The main character of this novel, Perveen Mistry, belongs to a religious and ethnic minority in India.  She is a Parsi.  The Parsis originated in Persia, and continue to practice Zoroastrianism which is an ancient religion that influenced Judaism, the faith of my own ancestors.   I read about this influence in Rav Hisda's Daughter by Maggie Anton which I reviewed here.

Some very traditional Zoroastrians had customs that were abusive to women.  Perveen had some horrifying experiences that many readers will find very troubling. I feel that I have a duty to warn that some readers who are survivors of domestic abuse may find that this section about Perveen's past in The Widows of Malabar Hill triggers flashbacks for them.  So this isn't a book for everyone.

Perveen had the strength to emerge from the shadow of abuse, but it's important for me to say that she couldn't have done this alone.  As I mentioned in the last review I posted to this blog here , class can be an important factor in women's lives. Without the support of her wealthy and influential lawyer father, Perveen would have had nowhere to go and couldn't have become a lawyer herself.

As a result of the British Raj, India had two types of lawyers--barristers and solicitors. Barristers argue cases in court.  Solicitors write documents and briefs.  They also give advice to clients.  Both types of lawyers are very necessary to the practice of  law. Since both the British and Indian traditionalists didn't believe that it was proper for women to have occupations that required high profile public appearances, it was initially very difficult for a woman to become a barrister.  So the first woman lawyers in India were solicitors.  Perveen became a solicitor at her father's law firm.

The case in The Widows of Malabar Hill illustrates an important role for woman solicitors.  There were devout Muslim women who needed to consult a lawyer and couldn't speak to a man.  So Perveen helps women with their legal difficulties.  The Parsi female lawyer who is the main basis for Perveen, Cornelia Sorabji also began as a solicitor for women.

Another wonderful woman character in this novel is Perveen's closest friend, Alice, an English feminist who Perveen met when she was studying law at Oxford.  I would like to see Alice continue to assist Perveen with her cases in future novels in this series.

I will be very surprised if The Widows of Malabar Hill doesn't turn out to be my favorite mystery of 2018.   I am very much looking forward to seeing more of Perveen in the future.

Posted by Shomeret at 6:13 PM No comments: 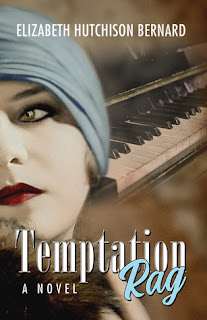