Marion Lane and the Midnight Murder Blog Tour and Review 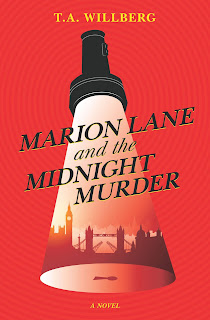 Marion Lane and the Midnight Murder plunges readers into the heart of London, to the secret tunnels that exist far beneath the city streets. There, a mysterious group of detectives recruited for Miss Brickett’s Investigations & Inquiries use their cunning and gadgets to solve crimes that have stumped Scotland Yard.

Late one night in April 1958, a filing assistant for Miss Brickett’s named Michelle White receives a letter warning her that a heinous act is about to occur. She goes to investigate but finds the room empty. At the stroke of midnight, she is murdered by a killer she can’t see—her death the only sign she wasn’t alone. It becomes chillingly clear that the person responsible must also work for Miss Brickett’s, making everyone a suspect.

Almost unwillingly, Marion Lane, a first-year Inquirer-in-training, finds herself being drawn ever deeper into the investigation. When her friend and mentor is framed for the crime, to clear his name she must sort through the hidden alliances at Miss Brickett’s and secrets dating back to WWII. Masterful, clever and deliciously suspenseful, Marion Lane and the Midnight Murder is a fresh take on the Agatha Christie—style locked-room mystery with an exciting new heroine detective at the helm.

I agreed to review Marion Lane and the Midnight Murder because it features underground tunnels underneath the city of London. I've been fascinated with urban underground existence ever since I first watched the Beauty & The Beast TV series starring Ron Perlman as the Beast and Linda Hamilton as the Beauty . In that series New York City had an underground secret society beneath its streets. Yet the underground investigative agency that Marion Lane becomes involved with is no utopian community like the one in that version of Beauty and the Beast. In fact, this mystery novel is for lovers of noir.

Instead of the protectiveness of Ron Perlman's Beast, we have a book in which an underground agency employee named Frank was suspected of murder by the investigative agency. Agency apprentice Marion Lane had to clear his name in order to prevent Frank from being confined to an underground cell for the remainder of his life. For me, Marion's loyalty to Frank redeems this book. Yet fans of dark fiction may be pleased by the threatening underground environment in which people got lost or killed.

The agency is concealing a terrifying secret that goes back to WWII. That actually wasn't that long ago in terms of the book's chronology since this novel opens in 1958. Unless Marion manages to discover that secret, she will never find out the truth about the murder. It really is a terrible secret. Once I found it out, I wished like Marion, that I didn't know about it. Maybe there should have been a sign on entering the agency's tunnels that said "ABANDON PEACE OF MIND YOU WHO ENTER HERE."

Readers who love a dark tale of suspense will be electrified by Marion Lane and the Midnight Murder.

Author Bio: T.A. Willberg was born in Johannesburg, South Africa, and holds a

of her detective series. She currently lives in Malta with her partner. 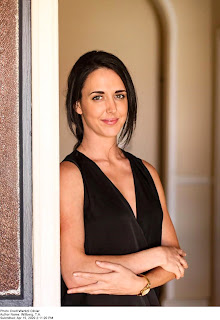 MARION LANE AND THE MIDNIGHT MURDER