Death in a Desert Land by Andrew Wilson is the third book in Wilson's mystery series in which mystery author Agatha Christie is an investigator.  I applied for the blog tour and received a free copy for review from Stephanie Mendoza of Atria Books, the publisher of this novel.

I have a content warning for those who care about animals.   If you strongly object to reading about any incidents of violence against pets, this book isn't for you. 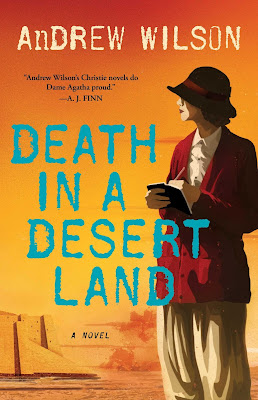 The main reason why I wanted to read this novel is because it begins with Agatha Christie being asked to investigate the  death of Gertrude Bell by British intelligence which sent Christie to the archaeological site in Ur located in Iraq. Gertrude Bell was a fascinating woman who was a major factor in shaping the Middle East as we currently know it.  For more information, readers should see her Wikipedia article that I've linked.  I also knew that Agatha Christie had been to Ur because she met her second husband, archaeologist Max Mallowan, there in 1930.  One of her books, Murder in Mesopotamia, was drawn from her experiences in Iraq.  So Death in a Desert Land did seem historically feasible as well as being of particular interest to me.

The main focus of the case was on archaeologist Leonard Woolley, his wife Katherine, and events at the Ur excavation.  The Woolleys were also real individuals.  People may want to research them after finishing this book.  Wikipedia articles about them contain serious spoilers that would ruin your experience of reading Death in a Desert Land.

This is a tightly plotted mystery with all the requisite twists and a great deal of suspense.  Armchair archaeologists will love all the details about how archaeology was conducted during this period and the environment in which they worked.

A number of the characters are provided with intriguing backgrounds.  Determined women are significant to the story line though I wouldn't really consider this a feminist novel.   There are valid historical reasons why many women during this period could be primarily motivated by their relationships with men.  Agatha Christie, the protagonist, was more independent minded than other women in this book.  I felt that the characters were realistically portrayed.

I thought that Death in a Desert Land was a well-written mystery.  I also liked the opportunities it gave me to find out more about the real people who appeared in the novel. 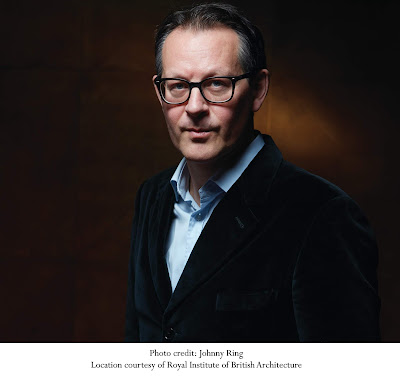 For more information about Andrew Wilson see his website at https://www.andrewwilsonauthor.co.uk/