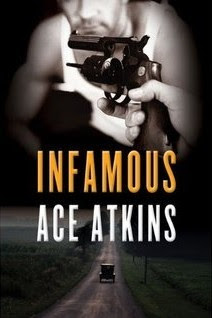 The 1930s were a time of great depression and financial difficulties for average Americans. Thus, many farmers, blue collar workers, average joes turned to a life of crime. What began as little bank robberies to make ends meet turned into full scale felonies such as jail break outs and kidnappings for those that didn't know how to control their greed and quit while they were ahead. This book is about such people.

Meet George "Machine Gun" Kelly and his fiesty wife, Kathryn, a real life husband and wife kidnapping team. This historical novel tells of their rocky marriage and the crimes they committed together, their running from the law, and their downfall. Was George really the mastermind behind their wild schemes or was it his cigarette smoking, cursing beauty of a wife, Kathryn?

The book introduces readers to this felon committing couple as they are preparing to commit one of the most famous crimes of 1933, the kidnapping of Oklahoma oil tycoon, Charles Urschel.

George and Kathryn with the aide of Kathyrn's farming family pull off what at the time was the biggest kidnapping and ransom scheme of the century. They walk off with 200,000 bucks. They got the law on their tail tho, a Federal posse including Agent Gus T. Jones and a young Bruce Colvin. The book goes back and forth following the Kelly's, the Federal posse investigation, and what just may be their downfall: two other gangsters that don't know how to mind their own business and aim to get some of the Kelly's new wealth, Harvey Bailey and Verne Miller.

A good and exciting read full of crime, jail breakouts, and corruption. Those who enjoyed the recent Johnny Depp movie, Public Enemies will love it. I had a few issues, however. Issue 1. Too many characters to keep track of at times. I almost had to write them down. Issue 2: I realize this book takes place in the 1930s and that people were quite racist then and whereas I can understand the use of the "n" word when people are speaking to maintain historical accuracy and setting, I don't see its purpose in being used when just referring to a trumpet player or valet in the descriptions. I didn't like the causual usuage of this word at all and it grated on me. Issue 3: Tho important to the outcome of the story, I didn't have any interest in and therefore grew very bored with Harvey Bailey's parts. I think about a hundred pages could have been eliminated and the tale could have focused solely on the Kellys. I also didn't care about the budding romance between Colvin and Betty or Jones and Doc's past history as lawmen.


I had a fabulous laugh out loud moment when Kathryn is speaking to her friend Lousie and says, "You know, you can train a man just like you train a dog? Only instead of biscuits, you use your snatch." My, oh my. I almost feel sorry for George Kelly. Sounds like she had him right where she wanted him. LOL

Fun Fact: George "Machine Gun" Kelly spend over 20 years in Alcatraz. While there, his name became "Pop Gun Kelly." Apparently he wasn't really as bad as he claimed to be or as Kathryn claimed him to be.


Say, does anyone else see a resemblence between these fellows? Add about ten pounds and a fedora to the fine fellow on the right and you gotta very close resemblence! Cool! 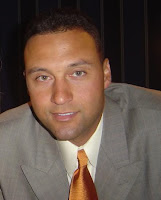 I bought this arc on ebay. Some of the quotations may have been changed in the final copy.
Posted by Tara at 1:02 AM