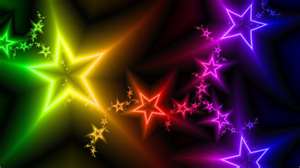 Time for this month's Countdown!  What is Countdown?  It's a feature I have started in which I pick a topic, genre, country, or subject and list five books that I have read related to that topic or subject.  There is a 5 star read (loved it!), a four star read (liked it), a three star read (it was okay but had some issues and I'm not recommending it to 5000 people), a two star read (had a LOT of issues, I struggled with it), and the dreaded one star read (I hated it).

This month's topic is one of my favorites: Lady Pilots.

Flygirl by Sheri L. Smith. First published in 2009. It's a YA historical about a young African American girl who wants to join the WASP during WWII... Problem is, the WASP is whites only. So what does this gutsy gal do? She passes herself off as white and she becomes a WASP even though her mother and her best friend don't approve.. Terrific look at life in the 1940s for an African American female and what life was like on Avenger field. And of course, Ida faces numerous conflicts.. A book I plan to read again.

The Woman in the Wing by Jean Sheldon. First published in 2008. Historical fiction and mystery. A WASP pilot, Char is "demoted" to riveter when she refuses to sleep with the boss. She thinks she is demoted, but I assure all of you that being a sheet metal mechanic is NOT a demotion. Without us, those planes would not be flying.. However, I digress. Char is undercover in an aircraft factory... someone is sabotaging the planes.. and the war effort. Has a Nancy Drew feel. Didn't hit the 5 star mark due to too much repetition, but an enjoyable read.

The Lady in the Spitfire by Helena P. Schrader. First published in 2006. Historical fiction, WWII again, but this one takes place in England where the heroine is a ferry pilot. Great air battles and aircraft descriptions. My quibbles: The roomate and her love affairs. Couldn't stand her. The romance between the hero and heroine fell flat and I didn't care for her love interest either.

The Flamboyant by Lori Marie Carlson. First published in 2002. Though it takes place in one my favorite settings, Puerto Rico, the story was rushed, the heroine rarely took the skies, and there was little to no detail whatsoever about planes. The heroine has numerous suitors that she leads along and refuses to marry, her very own leopard as a pet, and collects jewelry as a mere hobby. There is also very little conversation. It's really just a spoiled woman in PR who happens to have a pilot's license.

I Was Amelia Earhart by Jane Mendelsohn. First published in 1996. The worst Amelia book I have ever read. The narrative bounces back and forth constantly from first person to third. I only finished it because it was the only bit of reading material I happened to have with me on a trip to the lake. Very short read. Two hours max.
Posted by Tara at 12:21 AM