Ten Questions from Tara: Interview with John A. Heldt, author of The Mine

Tara: You’re here to promote The Mine and the Northwest Passage series. What was the inspiration behind this story? How did it come to you? 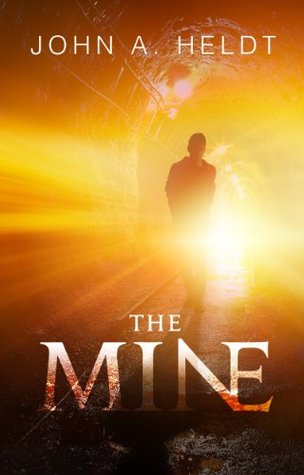 John: I wrote The Mine shortly after reading and watching The Time Traveler's Wife in July 2011. Back to the Future was also an influence, as were A Walk in the Clouds, From Here to Eternity, The Time Machine, Racing with the Moon, The Notebook, and the short story, "A Sound of Thunder." I was also inspired by stories I had read about the attack on Pearl Harbor. One of my uncles, a construction worker in Honolulu who later served in the Army Air Corps, witnessed the whole thing from his car. The attack was, in my opinion, the most pivotal and defining event of the past hundred years. After watching many of the movies above, I wanted to write about 1941 but not in the usual way. I wanted to cover the months leading up to December 7 and do so from the perspective of a civilian time traveler who knew war was coming and wasn't all that thrilled about jumping into it. My protagonist wrestles with difficult decisions, the kind that can only confront someone with knowledge of things to come.

Tara: We focus a lot on heroines here on Book Babe. Tell me what makes your heroines strong.

John: There are several heroines in the Northwest Passage series, but none are more prominent than Grace Vandenberg Smith. As the protagonist of The Show and the girlfriend and mother of the protagonists of The Mine and The Mirror, respectively, Grace is the most important female character in the series and arguably the most sympathetic. She faces excruciating personal trials in three of the books after she is suddenly and unexpectedly separated from loved ones. In each instance, she adapts to her new circumstances and bravely carries on.

John: Yes. Grace was inspired in part by my wife Cheryl.

John: There are several things. Like most of the heroines in the Northwest Passage series, Grace is physically attractive. She is a slender platinum blonde, a classic 1940s beauty. She is also kind, compassionate, and extraordinarily resourceful. She's the shy young woman everyone underestimates in the beginning in the book but can't appreciate enough in the end.

Tara: Where do you see your heroine ten years from now? What will she be? What do you predict she’ll accomplish?

John: Grace will be what she's always wanted to be – the matriarch of a large family. She will also enjoy a second life as a public school teacher, a career she gave up when World War II intervened.

John: I did extensive research for four of the five books in the series. The exception was The Journey. I lived in eastern Oregon in 1979 and 1980, so I was well versed in the place and time. One thing I noticed in researching all of the novels is that young people in 1941, 1979, 1918, 1910, and 1964 behaved pretty much the same. Only the music, cars, and fashions changed.

Tara: What would you like readers to gain from reading your book? Is there a strong moral? Do you hope they will laugh, learn something, or ponder a point?

John: The Northwest Passage series is, in many respects, a collection of five morality plays. My protagonists travel to the times of their not-so-distant ancestors and constantly weigh the consequences of their actions. I want readers to ask what they would do if they faced similar challenges. Would they use their knowledge of the past to enrich themselves? Better the lives of others? Change fates? Or would they resist the temptation to mess with history and leave well enough alone? I want readers to laugh and cry – hopefully in the right places – but I also want them to think about things like courage, honor, and sacrifice.

Tara: Now let’s talk about your hero. What draws the heroine to him?

John: Grace is drawn to Joel Smith in The Mine not only because he is handsome and charming but also because he is different than the typical college guys from her time (1941). He is intelligent and confident. He talks about things she has never even thought about – like time travel – which is perfectly understandable for someone who has traveled from a high-tech future to a simpler past.

Tara: Your book takes place in Seattle. If I were a tourist, what would you recommend I see there?

I would recommend that you see the Pike Place Market, a Mariners game, and the EMP Museum.

Tara: A more personal question. What’s the one thing you hope to accomplish before you die? Your main goal?

John: I can't narrow it down to one, buy I can whittle it down to three. I want to walk one of my daughters down the wedding aisle, hold a grandchild, and see one of my novels turned into a movie.

John: I'm a dog lover of the first order and have a mutt named Mocha. I also have a cat, Charlotte. Both are easy going and have a lot of personality.


About The Mine: In May 2000, Joel Smith is a cocky, adventurous young man who sees the world as his playground. But when the college senior, days from graduation, enters an abandoned Montana mine, he discovers the price of reckless curiosity. He emerges in May 1941 with a cell phone he can't use, money he can't spend, and little but his wits to guide his way. Stuck in the age of Whirlaway, swing dancing, and a peacetime draft, Joel begins a new life as the nation drifts toward war. With the help of his 21-year-old trailblazing grandmother and her friends, he finds his place in a world he knew only from movies and books. But when an opportunity comes to return to the present, Joel must decide whether to leave his new love in the past or choose a course that will alter their lives forever. THE MINE follows a humbled man through a critical time in history as he adjusts to new surroundings and wrestles with the knowledge of things to come.

About John:
John A. Heldt is a reference librarian and the author of the critically acclaimed Northwest Passage time-travel series. The former award-winning sportswriter and newspaper editor has loved getting subjects and verbs to agree since writing book reports on baseball heroes in grade school. A graduate of the University of Oregon and the University of Iowa, he is an avid fisherman, sports fan, home brewer, and reader of thrillers and historical fiction. When not sending contemporary characters to the not-so-distant past, he weighs in on literature and life at johnheldt.blogspot.com.