Valley of the Moon by @MelanieGideon: Quite Possibly Best Story Ever 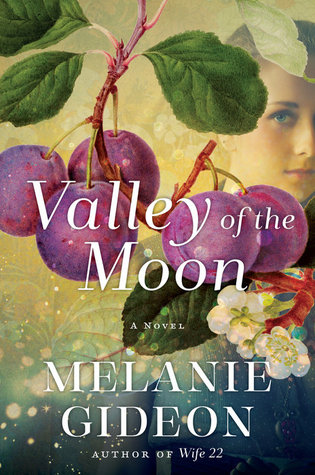 I think I just read the best book ever...and it was this. I'm giving it 5 start because it was utterly unique. I've never read a tale like it. It was suspenseful. I could not for the life of me figure out what was going to happen from one page to the next. What time zone was she going back to? Would she ever make up with her dad? Would Benno forgive her? Would Joseph ever be able to leave? Why can't they go through the fog? And as the tale unfolded and answers to those questions came, other questions rose. There's a constant feeling of suspense. My own heartbeat increased every time Lux went from her time to Greengage's time.

There are all kinds of dilemmas and personal character growth. The characters are also extremely relate-able. They make the tale even more engaging. I felt as though they were becoming my friends...from Fancy to Magnussun to Martha.

I felt the existence of Greengage itself held a moral, about people living peacefully together...how there were fewer problems and no hate. Is being cut off from the outside such a bad thing?

I'm not going to unveil the entire story line as there is no way really to do so without giving too much away. It's about a woman constantly torn between what she wants in one world and her obligations in another. Until the dilemma is taken from her hands.

It's extremely well written and the kind of story you tell at least 3 people about. Amazing. I was left feeling desolate when I closed the last page. I didn't want it to end.