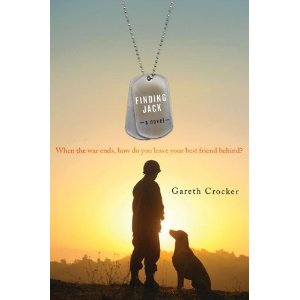 This book, previously published in England as Leaving Jack, is being released in the United States February 15th of this year. I'm excited about reading it. I love dogs and I support the military. This is a combinition of both...

When the war ends, how do you leave your best friend behind?

After losing his young family in a tragic accident, Fletcher Carson joins the flagging war effort in Vietnam. Deeply depressed, he plans to die in the war. But during one of his early missions, Fletcher rescues a critically wounded yellow Labrador whom he nurses back to health and names Jack. As Fletcher and Jack patrol and survive the jungles of Vietnam, Fletcher slowly regains the will to live. At the end of the war, the U.S. Government announces that due to the cost of withdrawal, all U.S. dogs serving in the war have been declared “surplus military equipment” and will not be transported home. For the hundreds of dog handlers throughout Vietnam, whose dogs had saved countless lives, the news is greeted with shock and disbelief. For Fletcher, he knows that if he abandons Jack, then he too will be lost. Ordered to leave Jack behind, he refuses — and so begins their journey.
Based on the actual existence and abandonment of canine units in Vietnam, Gareth Crocker’s Finding Jack is a novel of loyalty and love under desperate circumstances that will grab your heart and won’t let go.
To view the Finding Jack viral video, click here:  http://www.youtube.com/watch?v=078S46VLJBo

Thus, fellow dog lovers and supporters of the military, do take the time to watch that video (link above) and add this book to your TBRs. 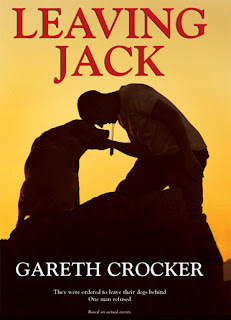