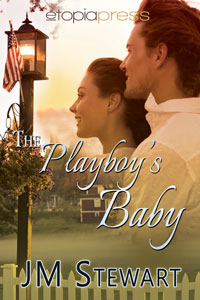 Please welcome Joanne Stewart as she talks about sacrifices. We've all made them. Here's how she incorporate it into a book:

"Have you ever made any sacrifices for your family? I’m what is currently being called a stay-at-home mom. Personally, I think that’s the PC term for housewife. It’s old fashioned, and people who work outside the home sometimes smile at me funny when I say it. It used to bother me to tell people I don’t work. Truth is, I do. I work for my kids, but shh. Don’t tell them that. They’re spoiled enough. ;)

I’ve dedicated my life to my family. As a parent, sacrifice comes with the territory. It starts when they’re those tiny, adorable little babies. You’ll do anything for them. When I had my first, I quit school to stay home with him. At the time, my husband was also going to school, and I made the sacrifice. I stayed home so my husband could finish his degree.

When the kids are really small, you give up small things. Like sleep and going to the bathroom alone (okay, so this one runs into toddlerhood). Heck, sometimes even showering on a daily basis. Definitely privacy. When my kids were under three, I got used to someone banging on the bathroom door or simply barging right in. Sometimes I’d leave the door open completely. I’d just gotten so used to it. Funny enough, now that my kids are teenagers, I still don’t go to the bathroom alone. Nowadays, my Chihuahua, Tiger, has to be in the bathroom with me or she scratches at the door until I’m finished.

My heroine, Emma, is the same. She made sacrifices for her family. Being the oldest child, she grew up helping her mother take care of her little sister, helping her take care of the house. Her father left them at a young age, and Emma stepped up to the plate to help her mother keep their family together. At fourteen, she got a job to help pay the bills. When her mother began to get sick, she once again picked up the slack. She helped take care of her ailing mother and took over watching her sister. At twenty-two, her mother died, leaving her guardian to her then sixteen year old sister. Before the story opens, her sister dies in a motorcycle accident, leaving her guardian to her six month old niece. 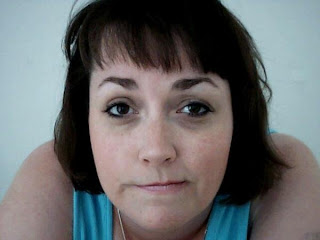 For Emma, sacrifice has ruled her entire life. She spent her life taking care of everyone else. Now she has to risk the only family she has left when she discovers her niece’s father has no idea he has a child. Her sister took his choice away from him. Emma knows what it’s like to grow up without a father, and she wants what’s best for her niece. Even if means the possibility that Dillon will want sole custody.

So, what about you all? Have you to make any sacrifices in your life? Were you sorry you made them? Me? I’m not sorry I made mine. I’ll be honest. I’m a believer in things like fate and synchronicity. Looking back, my whole life brought me to this moment. So I honestly can’t regret any part of my past, good, bad or indifferent. It’s all what led me here."

They can't forget the past, but is it enough to create a future?

When an accident leaves her guardian to her six-month-old niece, Emma Stanton must return to her small hometown of Hastings, Montana to find the one man she's spent the last eight years trying to forget. She and Dillon had grown up together--he was her sister's best friend. But that hadn't stopped him from sharing a kiss with Emma that had followed her through the years. Now, not only must she break the news of her sister's tragic death to Dillon, but she must risk the only family she has left and tell him he's the baby's father.

Wealthy nightclub owner Dillon James has been used for his name and money one too many times, so when he comes face-to-face with Emma Stanton and her gorgeous lips, he's determined to keep things light. All he wants is to be the father his daughter needs, to make up for not being there for her and her mother. But spending time with Emma, as she shows him the ropes of caring for his daughter, is wearing down his defenses. Perhaps it's time he took a chance on love.

If only he can convince Emma to take a chance on him...

He hesitated, his eyes flicking to hers. He waited until Emma gave a nod of encouragement before taking her. He held Annie out in front of him for a moment, looking lost and awkward, clearly out of his element.

“Hold her against you like this.” Emma made a cradling motion with her arms, showing him how to hold the baby against his shoulder.

Dillon pulled Annie gingerly against his chest, tucking one arm beneath her bottom and resting the other on her back. Except for their eyes, the two couldn’t be more different. Dillon’s skin had been darkened by the summer sun, whereas Annie’s was pale, creamy porcelain. Being huge like he was, Annie looked like a doll in his arms. He had biceps bigger than her. Yet, somehow, they looked perfect together.

“God, she’s so small. I’m almost afraid I’m going to break her.” He stared at Annie, awe in his voice and reached one large finger up to stroke a soft, chubby cheek.

Emma smiled. “I don’t think we have to worry about that. You were a pain in my butt, but I’ve never known you to be a bully.”

One corner of his mouth lifted, amusement lighting his eyes when his gaze flicked to her. “Thanks for the vote of confidence.”

Annie leaned back in his arms and the two of them regarded each other. Dillon smiled. When she laid a chubby hand against his mouth, he opened his lips and pretended to eat her fingers, making, “nom nom nom” sounds, eliciting a hearty giggle. That heart-stopping grin spread across his mouth and awe illuminated his eyes.

Emma’s heart ached, tears burning behind her eyelids. Father and daughter together at last. A bittersweet moment. After seeing them together, she knew she made the right decision coming here. She wanted Annie with her father, but the thought of losing her broke Emma’s heart in two. She couldn’t imagine not seeing Annie’s smiling face each morning or not rocking her to sleep at night. For the first time in her life, she’d be totally alone.

Wrapping her arms around her middle, Emma turned to stare at the fireplace along the far wall. The orange and gold flames danced along the small pile of logs. If she were lucky, she’d convince Dillon to share custody. It would mean rearranging her entire life. They’d have to share visitation, and she’d likely have to move back to Hastings, but those were small details. She’d do anything to keep Annie.