YOU CHOOSE my cover art!

Leave a comment with your cover art preference for this historical romance novel. Which one grabs your attention and doesn't let go? Which one is more appealing? Which one says, "READ ME?" YOU vote!

And a random commenter will receive an Ebook copy of the book when it is relaunched!

First, the blurb:
When Catalina Rodriguez is attacked by a would-be rapist and rescued by the dashing Ricardo Garcia, she not only becomes more aware of the handsome man, but also vows that she'll never be a damsel in distress again. Using the timeless method of blackmail, she convinces her uncle to teach her to fight and becomes a masked crusader in the night, saving other damsels from robbers and rough handling.However, scandalous rumors and dwindling funds force Ricardo and Catalina to marry. Not immune to each other's charms, their marriage starts fiery, but when one of Catalina's nightly escapades results in dire consequences, she is forced to spurn her husband's amorous advances…or reveal a secret that could turn him away from her forever.Ricardo’s not a man to be cuckolded or left in the dark. Is his wife having an affair with El Capitan, the masked savior? If so…they will both pay. 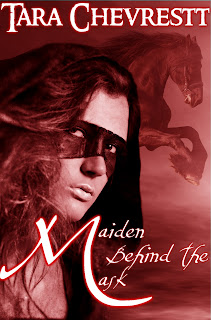 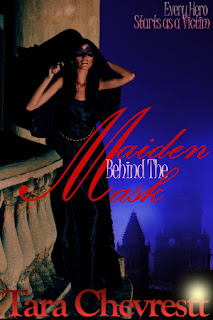 YOU decide. Leave a comment below. Thanks for participating!

Labels: About My Books, my books