Strong is Sexy Heroine of the Week: Gina Gallo

Strong? Her mouth can stop a thug at thirty paces. And she's always the one to bail out her mob family 'on account of her brains.'


Hot? Just ask new flame Pete, who will risk getting scorched by the Family, to be with her .
Zany? Okay, this is broad comedy, and the ‘broad’ is no joke.

Gina Gallo is a gal with a mission: elude the clutches of the police while at the same time bailing out her inept mob family. And make some ‘time’ with new flame Pete. But Pete thinks she's quit the mob. Another damned secret to worry about… 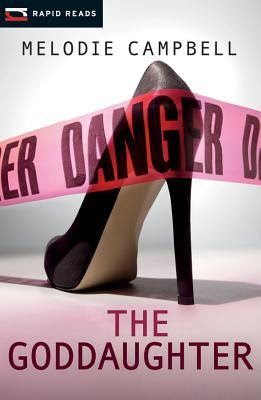 Blurb:
Gina is a gemologist who would like nothing more than to run her little jewelry store. Unfortunately, she is also ‘The Goddaughter’ of the local Italian mob king, and as she tells new flame Pete, “You don’t get to choose your relatives.”

When her cousin Tony is shot by rival mobsters, Gina is brought in to bail the family out. Smuggling hot gems over the border in the heels of her shoes is all she is prepared to do. Then the worst happens – they get stolen! By a complete amateur. It’s embarrassing, that’s what it is. Now she has no choice but to steal them back, even though philandering politicians, shoe fetishists and inept goons get in her way.

It’s all in a day’s work when you’re The Goddaughter!