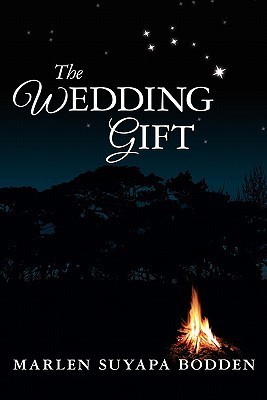 I'm not sure what to think of this one, really. I found it poorly written, but there were some great ideas here.

In a nutshell: You have a cruel plantation owner who fathers a daughter with a slave woman he pretty much demands sleep with him every night. He also has a daughter with his white wife. So the daughters grow up together, one the master, one the slave, one with fine dresses and one a pauper. You get the picture; it's been done before.

The story unfolds. One wants escape. One is forced to marry. The man abuses his wife, well, everyone, actually. We see a life of servitude on both sides: the slaves' lives are horrible, but most of them are too afraid to leave due to slave catchers and harsh punishments. Who they bed, what they wear, where they go is all dictated by someone else. The women on the other side, though wealthy and in fine dresses, are slaves to their husbands. If their husbands want to bed other women, they're supposed to turn the other cheek. Their children are sent to boarding school if their husband wishes. Really, they aren't left with a ton of choices either. It was the world of the white man back then.

The story is TOLD from two POVs, the plantation owner's wife and his mulatto daughter. Notice I all-capped TOLD. That is the problem with this novel. It is all TOLD. It's literally... I did this and then he said blah blah and I went here. I mean, if my husband strangled my daughter in front of me, I think I'd feel something. I think I would be angry. Maybe I'd gasp or cry out. As for telling a story, at least mention her face changing color, her eyes bulging, SOMETHING. There was no scene setting, description hardly at all.

Besides all being told, there was also a complete lack of emotion and personality in both narrators. The shocking ending was a surprise, but it was hard to feel anything because frankly, it was so contrived, I couldn't even fathom it happening. This was partly because nobody in the story had any personality. We were not able to get to KNOW anyone, so the fact that person A got pregnant by person B, well, I don't see it happening, because I can't figure out how person A and person B hooked up in the first place or why 'cause I know nothing about them or their feelings or what made them do this or that.

In the end, it made so sense, and though I was surprised, it didn't have the effect it could have had.

I like the basic story though and the mulatto girl, Sarah. She has guts and takes live into her own hands. Can't say the same for the other three women in the story--spineless and submissive, all of them. Clarissa, Emmaline, Theodora. Bleh.

Also, the prose was so stiff and formal, it made a difficult read at times. And at times, the story went on and on about things that ended up being rather irrelevant--the will and some of the side characters/stories. Some of the stories just went nowhere.

Regarding the ending: I'm a tad confused by it all. I'm left with some questions, so this story feels inconcluded to me. It should be noted however that the version I read was self-published. This same book was later picked up by a publisher and re-released. I'm just going to assume there MAY have been revisions.

I bought this on Amazon Kindle.