Too Much Thinking & Withering Wombs with Margaret Kaine

Please welcome Choc Lit author Margaret Kaine as she promotes her new release and reveals what she discovered whilst researching the novel, things about women's plight before WWI.

My research when writing this novel was a revelation. I’ve always loved the fashions and glamour of the ‘Golden Years’ before WW1, and it was fascinating to discover some of the facts behind the lives of even wealthy young women during the Edwardian era. The social inhibitions and conventions of the Victorian age were still lingering in the early part of the century.

At the beginning of the novel, Helena is young, romantic, and because of her sheltered upbringing rather naive. But on being forced to cope not only with the travesty of her wedding night, but also the challenge of becoming the mistress of a large country house, both she and the reader discover her hidden strength. Above all, despite her continuing unease, she refuses to be dominated by Oliver.

One fact I hadn’t known before my research was that at this time many men believed that ‘too much thinking caused a woman’s womb to wither’. Can you believe that? Or is it cynical to wonder whether this was merely an excuse to deprive our sex of education and so keep their own sense of superiority? Even if a ‘bluestocking’, the despised term for an intelligent woman who wanted to use her brain, managed to attend a university, she could attend classes and sit examinations but to my astonishment - she would not be granted a degree. There were exceptions to classes too. If she had an interest in natural sciences, it was felt at the time that certain biology and anatomy lectures would upset women’s ‘delicate’ sensibilities. Yet we are the ones who experience childbirth, and during this time, it would probably have been an annual ordeal. Women really were what today we would call ‘second-class citizens’. 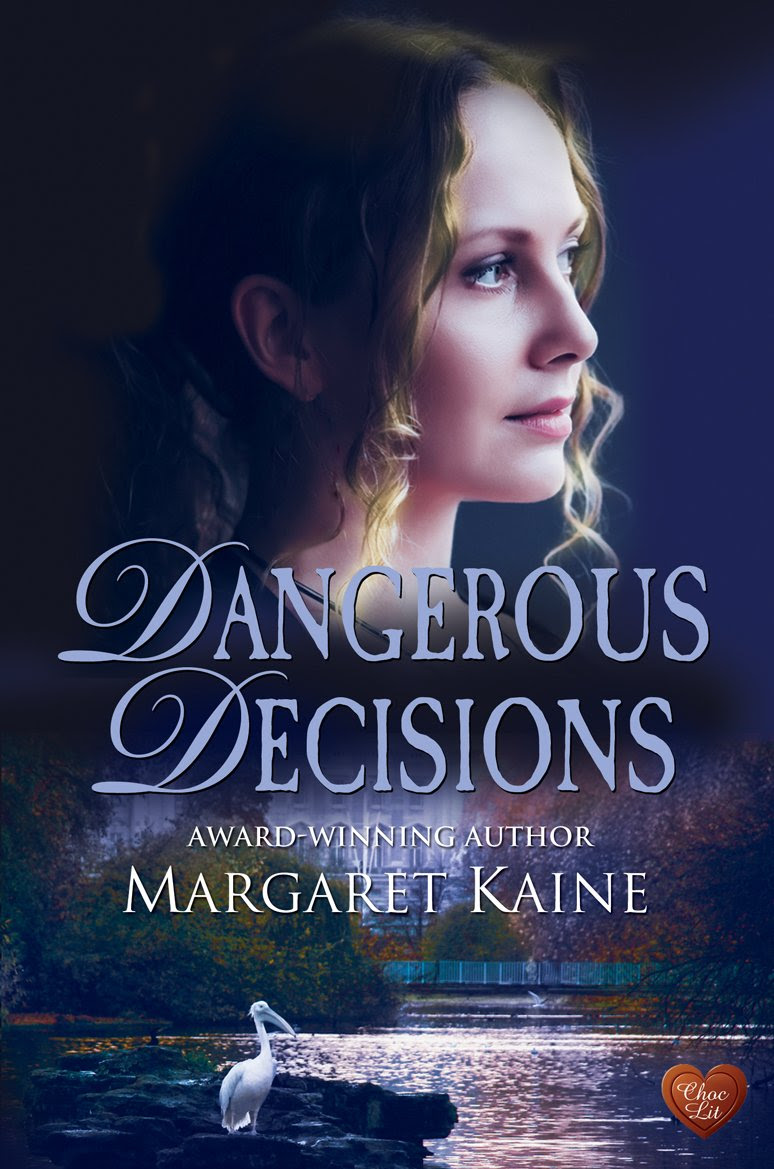 In Dangerous Decisions, I have tried to capture this background but at heart it is a deeply romantic novel, and one that a reader has described as a ‘psychological’ one. I certainly enjoyed writing it and writing organically, I found the journey totally absorbing.

Have you ever ignored a sense of unease?


Helena Standish knows that a good marriage would enhance her father’s social status but she’s wise enough not to accept any handsome fool. The wealthy and enigmatic Oliver Faraday is considered an ideal match, so why does Helena have faint misgivings?

Nicholas Carstairs has little patience with frivolous pleasure-seekers or an upper class that closes ranks against outsiders. Why then is he entranced by the lovely ‘girl in the window’ – a debutante who would appear to be both of those things?

A champagne celebration at Broadway Manor marks the start of a happy future for Helena, but no one can predict the perilous consequences of her decision or the appalling danger it will bring.

Born and educated in the Potteries in Staffordshire, Margaret Kaine now lives in Leicester. Her short stories have been published widely in women's magazines in the UK, and also in Australia, Norway, South Africa and Ireland. Ring of Clay, her debut novel, won both the RNA's New Writer's Award in 2002 and the Society of Authors' Sagittarius Prize in 2003. She has written several romantic sagas about life in the Potteries between the 50's and 70's,and translations include German and French. Song for a Butterfly, her latest novel is currently available both in paperback,Large Print and as an ebook.

A new romantic suspense novel, Dangerous Decisions, is set in the Edwardian era against a different background and has been described as similar to Downton Abbey, with a twist! Due to be published by Choc Lit on 7 December 2013, advance orders are available on Amazon.

All details of her books can be found on her website - www.margaretkaine.com