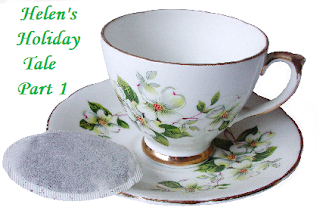 In June of 2013, A Healing Love will be released. A story that takes place in a fictional town called Cripple Creek. Though she's only mentioned briefly, the town crone is named Helen Bakerson. For this Holiday Season, I present to you, in a daily digest, for the next four days, her story.


“Stupid kids!” Helen Bakerson slammed her tea mug down so hard in its saucer she was surprised it didn’t break. Not that she cared. What was one more darned tea mug? It wasn’t like she needed pretty things. Nobody ever came to her house except that busy-body minister’s wife. Helen snorted. It was, of course, under the pretense of saving Helen’s damned soul, but Helen knew the woman was just being plain nosy.
Why would anyone care about her soul? She didn’t.
She glared out the window above the scarred tabletop, all the little notches and marks from her many years with George. Oh, how she missed George. Why had the stupid fool left her when he had? It wasn’t supposed to play out that way.
She rose, and her frail legs shook as she reached for her walker. She winced at the pain in her joints. Her eighty years had not been kind to her, not the last ten of them anyway.
It took a good five minutes to shuffle and slide to the front door, but she finally made it. With hands pained from arthritis—damned cold weather—Helen turned the locks and opened it. Once upon a time, they hadn’t needed to lock their doors, but as Cripple Creek grew, more hoodlums and whippersnappers caused trouble.
As the old oak door creaked open, she glowered through the screen. “You children get the hell off my lawn! I don’t want your shoe prints in my yard! And build your darned snowman somewhere else!” 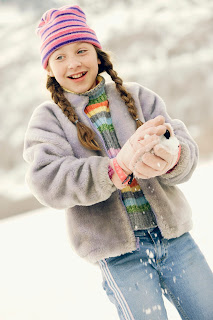 Two bright-eyed eight-year-old girls stared up at her, lips quivering, noses red from the cold. “We’re sorry, Mrs. Bakerson, we needed more snow for our fort.”

“There’s plenty of snow in your own yard. Now git!” It took all the energy she had left, but she slammed the door with a satisfying bang.
“Stupid children. Why do they always bother me? In the summer it’s their screaming, water guns, and trampolines. In the winter, it’s their gosh-darned Christmas carols and snowballs and footprints. I’ve had it with the whole lot of them. So glad I didn’t have any.”
Suddenly, she felt winded. Her heart seized. Helen grabbed the arm of the nearby armchair—the chair George had always sat in, his after-dinner coffee in hand, his glasses perched on his nose, as they watched M.A.S.H. Sometimes, they’d even held hands across their matching armchairs as they’d chuckled at the antics of Major Margaret and Hawkeye.
She slumped in the chair, not caring when her walker fell over, though she knew she was going to have a heck of a time standing up again. Oh, George, why did you go and leave me here?
Helen prided herself on being as tough as the popular Maxine cartoon character. The town of Cripple Creek avoided her, called her an old grouch, and that was just fine with her. She wanted to be left alone with her memories of George.
But there’d been a time…
If she turned her head just so, she could swear she still smelled the Old Spice cologne he’d used to splash on his face after shaving. He’d been in the Army, her George, had fought in Korea, and old habits died hard. He’d never sported more than a mere stubble.
Helen closed her eyes against the pain rising in her left arm and chest. What was happening to her? Was she finally going out? Oh, she hoped so.
A bright light began to form behind her eyelids, and her chest tightened even more. She couldn’t breathe, but the smell of Old Spice grew stronger…

Come back tomorrow to read more of Helen's Holiday tale.
Posted by Tara at 7:00 AM