Strong is Sexy Heroine of the Week: Sarah Brenner 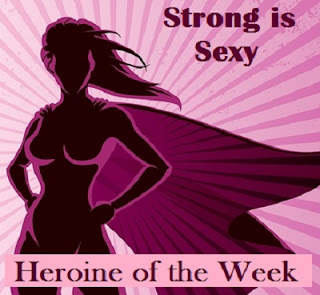 Sarah Brenner is woman the world would consider a victim. That’s right, the world. Being Jewish wasn’t something that was favorable in Nazi Germany in the middle of WWII. The Nazi’s thought her to be weak and inferior because of her beliefs, yet she is neither of those things.

She is a woman who has taken care of her mother and sister for the last four years, since her father was taken by the gestapo; a woman who stepped up to be the protector when no one else could.  It isn’t until they are captured that her strength is truly put to the test. Not only is she and her family faced with living in the dire conditions of a concentration camp, but Sarah also meets a handsome Nazi doctor who can’t seem to stay away from her. 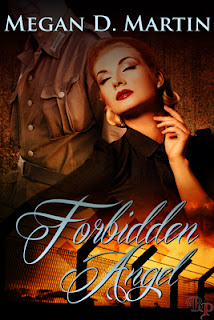 Meeting Aurel makes Sarah feel more defenseless than she ever has. She fights the attraction to her enemy, but just as she is imprisoned within the camp, the rugged doctor quickly becomes enslaved by Sarah’s beauty and strength. It’s then that Sarah has to make a choice, a choice that makes even the weakest woman… strong.

Falling for the enemy was never her plan, and trusting one was something she would have never considered. But, when faced with evil and suffering through heart-shattering tragedy, Sarah finds herself relying on her greatest strength, her woman’s intuition.

Overall, Forbidden Angel is about a woman’s journey through, what is arguably, the biggest hardship of the twentieth century. Where being tough is about more than the thickness of your skin, it’s about being resilient and not losing your identity in the end.

When captured by the Nazi's, Sarah finds herself in a concentration camp that not only brings her closer to death...but closer to love.
Sarah Brenner, a young Jewish woman, is terrified when she finds herself in the heat of a railcar bound for a work camp in Nazi Germany. For years she, along with her mother and sister, had hidden from the SS, but no one could hide forever. Her hatred for those who have enslaved them is ever-growing, especially when they arrive and she encounters the shockingly handsome Nazi doctor who can’t seem to keep his eyes—or hands—off her.
Aurel Rothstein is not your everyday concentration camp physician. The endless prisoners and lack of care he's allowed to give have made him numb to the work he so coveted. It isn’t until he comes face to face with a beautiful prisoner that his heart becomes involved with his job—a forbidden and fatal move to any Nazi.
When a vile soldier takes direct interest in Sarah, she will be forced to make a choice that will change her life forever: ignore the pull toward the handsome doctor or give in to the forbidden passion he awakens with only a look. Either way they both risk everything... 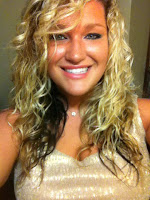 About the Author: Megan D. Martin was born and raised in a small Texas town, where she still resides with her delightfully rotten son. She enjoys decorating her home with strange things that do not match, playing her old school Nintendo Entertainment System, and buying fish for her many fish tanks.  Forbidden Angel is her first published work. For more info and updates on Megan D. Martin follow her on Twitter. http://www. twitter.com/Megan_D_Martin