Growing to Love That Unlikable Character: A Guest Post With Lacey Wolfe

Please welcome one of my favorite ladies, Lacey Wolfe, as she talks about her new release and the challenge of writing a heroine she knew people wouldn't like so much. But, hey, if you can write a heroine people hate so passionately, you know they've been sucked into the story... Thanks for sharing this with us, Lacey.

Thank you, Tara, for having me on your blog today. It’s been a few weeks now since my latest release Growing Love went live on eBookshelves. Of course, I’ve peeked at some reviews. So far a majority of them have said the same thing: they dislike Diane, the heroine of the story, but love Matt who is the hero.

Now, you might be thinking this would be devastating to me, but really, it isn’t. I wrote her and spent many, many hours with her! I had to stay true to her character. If someone has read my series from the start, then they met Diane in a previous book Not Just Friends. While I tried to soften Diane up as the book went along and hopefully explain why she is the way she is, I couldn’t just make her a different person altogether. That would’ve been inconsistent between books. And when Diane shows up again in another story as a side character, yup, she’ll still be Diane. Sigh, I feel bad for the woman who tries to date Diane’s brother Cody.

Why has Diane been unlikable? She’s done a few questionable things in her past and in this story she’s got to redeem herself. And she’s trying her hardest before her son is born. As the writer, I am really hoping that Diane has done this in the readers' eyes before they reach the end.

Personally, I found Diane a very strong character. She fights for things a lot. She knows what she wants. And she sure as heck is not going to be walked all over. She isn’t afraid to give a man an ultimatum either. But when Diane loves, she loves with everything in her.
Tell me, have you ever read a character who absolutely annoyed you, but at the same time you understood and liked? 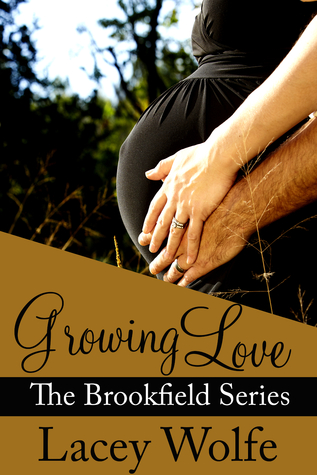 About Growing Love
Resigned to raising her baby without the father, Diane has everything figured out—a substitute dad in place, a support system ready, and a new home to move into—at least until the day he knocks on her door.
Matt tried to let Diane go, tried to forget that she was carrying his child, but an ultrasound picture brings his walls tumbling down. He can’t stay away any longer. But he hasn’t always been perfect. Diane and he share a past full of deceit and lies and now they have only nine months to undo it all and become responsible adults. It’s not only about them anymore.

With complications in her pregnancy, Diane is forced to move back to Brookfield to be under the care of her family. All she has to do is keep her feelings for Matt in check and she can stick to her original plan—raise the baby with Tom.
But it seems Matt has a few choice words about that…

Buy Links
Amazon | Nook | All Romance | Kobo
I love connecting with my readers. You can find all the links to connect with me on my website: