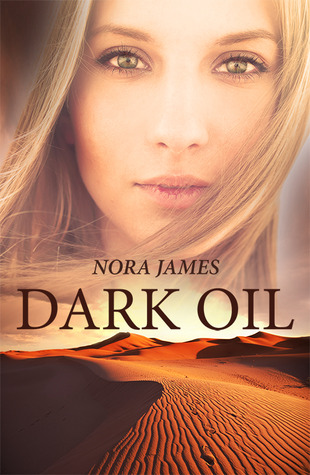 First of all, I love that this is a REAL story. It's not a simple, boring case of man and woman meet, skirt around each other, and finally fall into bed together. I especially loved that the heroine is a lawyer who knows her own mind and isn't afraid to speak it.

"Judging me on my personal appearance, that's solid grounds for a discrimination case."

***
Alan deserved honestly and somehow, unlike many employees who simply grovelled to the head of the company, she had the strength to tell it like it was--even if it meant she wouldn't be the CEO's favourite person. It was her duty, it was the right thing to do, and that was something she definitely understood.

I like this chick, very much. I was intrigued with the whole situation, the strange, oppressed country with corrupt officials, the oil contract and all the drama. I've never really thought about it what it means to travel to third-world countries and all of this--the women who cannot vote, the salads once cannot eat without fear of getting ill from the water that cleaned them, the camel slaughtering--made me appreciate all that I have.

I even felt my heart pound faster as Lara tried to make a plane out of there, felt fear when they took her passport for holding. I chuckled once or twice. I'll this again: I love that it's a real story with so much going on besides just romance, 'cause in a normal woman's life, there really IS more going on than "Does he love me? Does he want me? Do I look good?" Seriously, people. LOL

Anyway, that being said, infidelity and cheating is a sad fact in many a woman's life. I don't believe in wearing blinders and pretending these things do not happen, thus I appreciate that the author tackled the cheating issue. That takes guts nowadays, and I am not the least put off by that sideline. As I said, it happens. However, I must say I wish it had been kept a secret from us. Some suspense would have been nice. Instead, I felt as though I was being hit over and over with a 2 x 4 that said, "OMG, he's with another woman right now. He's cheating."

To be honest, I think the heroine came to the conclusion too quick. I mean, if my husband was in a business job and his secretary told me he was working from home, my first thought would NOT be, "He's cheating on me!" I'd have to find him in a compromising position or a lie. So this was weird to me and as I said above, we were constantly reminded that he was messing around, before he was even really caught. I'd have preferred more basis for this conclusion and more surprise, less pounding me over the head with it. And then it went from constant reminders of his possible infidelity to constant reminders that she could never trust men again and that Jack may just be like her ex. It was CONSTANT, sometimes only a paragraph between them.

She thought of Tim, of how much she'd wanted to believe in her marriage and look where that had got her. Well, she wasn't going down that track again...and just a few paragraphs later...Yes, she thought of Tim, her husband of ten years, the only man to whom she had ever truly given herself. Tim, the husband who'd cheated and lied, made her feel worthless. She sighed. She'd definitely steer clear of relationships for a long, long time...and then...She wasn't going to fall for his magnetism, though, wasn't going to find herself in a trap again, with another womaniser.

That was only an eighth of the 2 x 4s. You get the picture. Over and over. How many more times does the same thing need to be said?

It irritated me enough to hurt my enjoyment, but it was a decent read, more of a suspense than a romance, and that's just fine with me. I really liked all the law stuff and I liked that this heroine, in situations that could totally break a woman, she bucked up and made the most of it.