The Harem Midwife by Roberta Rich


This book is the sequel to The Midwife of Venice by Roberta Rich which I read and very much liked.  In this novel we find that  the Jewish midwife Hannah Levy and her husband Isaac, who had fled persecution in the Christian world, took refuge in the Islamic world.  This is what many Jews had done in the medieval period.  Jews continued to find sanctuary in the Ottoman Empire in the 16th century which is when The Harem Midwife took place.   This may seem ironic to contemporary readers, but the current divisions between some Jews and Muslims are politically motivated and aren’t inevitable. 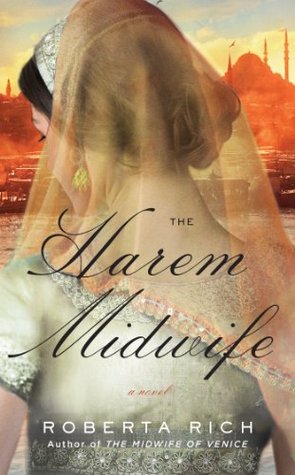 The plot of this sequel was a tumult of events which were suspenseful.    I also thought that Hannah’s difficult experiences during the course of this novel ultimately strengthened her marriage and caused her to grow as a character.

On the other hand, I learned little about the Jewish community in Constantinople because Hannah and Isaac were still culturally identified with Venice, and didn't seem very integrated with the local Jewish community. I felt as if this book was missing a dimension that would have anchored the protagonists in their new home.