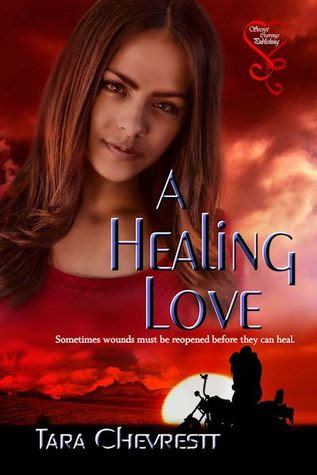 You didn't really think I'd stop with just Love Request, did you? I'd like to talk a bit today about my latest full length conrom, featuring a hard-of-hearing heroine. You know how special those are to me.


I'd like you all to meet Kimberly, an Iraqi Freedom war vet healing wounds in her heart as well as her body. In a town called Cripple Creek, she struggles with her new disabilities: hearing loss and vision impairment...but they're only disabilities if you let them be. With the help of a handsome doctor, can she realize this?

Kimberly Rogers vowed to fight a tragic past the only way she knew how: she joined the Army and became strong. No man would hurt her again. But a war wound sends her to her brother's in Cripple Creek, WY, with vision and hearing impairments.

Whereas glasses can help her see and hearing aids can help her hear, nothing can force her to talk again. Is she really unable to speak, or is she hiding behind her disability to protect herself, her pride, and her heart? Regulated to the most menial of jobs, her world in shambles, Kimberly is finally convinced to seek medical assistance.

Carlos Medina is Jackson Hole's best therapist. If anyone can make Kimberly speak again, it's him. But Kimberly has to meet him halfway, and Carlos has his own past tragedy that the young, mute woman threatens to force him to conquer.

They both have wounds…and sometimes wounds must be reopened before they can heal. Can they open up to each other? Can Kimberly find her voice again and open her heart? Can love heal them both?

Excerpt:
Carlos had been expecting a badly scarred, burly woman, not the petite, slender girl from the coffee shop in Cripple Creek. Only, she wasn’t really a girl. Her curves attested to that. He had to remind himself she was twenty-three, as there was something extremely young and vulnerable about her. Only the angry red mark on her throat—not covered by a scarf as it had been when he’d seen her before—marred her beauty…and that didn’t bother him.

She stepped forward, her gaze on his. She looked just as surprised at the sight of him as he was at the sight of her. Had she been expecting an old man with gray hair? He fought the urge not to smile at the idea. Most people expected someone with his reputation to be much older than his twenty-eight years…and not a biker they’d met in a coffee shop who rambled about senoritas and antibiotics. After all, obtaining a PhD was time-consuming. But he’d been lucky, and unlike many other students, had not had to work his way through college, and thus, had been able to focus solely on his studies. He knew he was blessed. A supportive family and a scholarship had seen him through.

Carlos jolted himself from his musings and managed to tear his gaze away from his patient—patient, best not to forget that—and looked for her brother, expecting him to be right behind her. There was no one there; she was alone.

“Hi.” He rose from his chair and reached a hand out to her for her to shake. “You must be Kimberly Rogers. Is your brother with you?” Her hand felt soft and delicate in his own. He was careful not to give it the firm squeeze he normally was prone to giving, careful to keep his expression neutral and not reveal his surprise or pleasure.

She nodded and pointed to the door, in the direction of the waiting room.

He mentally flipped a switch in his mind, from Casual Carlos to Doctor Carlos. Carlos decided the fact she had brought her brother, but not allowed him to escort her into the office itself was a positive sign. She wanted to do this on her own, obviously. She wasn’t weakened to the point she needed someone to hold her hand at all moments. His task may not be as difficult as he’d originally thought. Then again, too much pride could also hinder a patient’s healing. But at least she was willing and comfortable enough to face a therapist on her own. The woman had drive. It was visible in the way she held herself in front of him, back straight, shoulders back, chin up. And though he knew from her records she was wearing contacts, her eyes had a determined glint the lenses couldn’t hide. The removal of the scarf was a positive step as well. She was no longer ashamed of her wound.

“Have a seat.” Carlos gestured to the chair across from his desk, and then, instead of taking his own, he walked around to take the seat a short distance from hers, turning it slightly as he sat so he would be facing her. When she appeared comfortable, despite the fact she was gripping the armrests, he smiled warmly at her. “I’m Carlos Medina. Your brother told me some of your past history and current problems, but I would like the full story from you. Now, I realize you cannot speak; that’s why you’re here, so is there a particular way you wish to communicate with me right now? You want to write? Would you rather fill out a form and then talk to me on the computer until we progress?” He waited, clearing his throat nervously, for her to answer, and shocked himself with his own internal thought. Please, say no.

Yea, he was going to crumple and throw that desensitization, talk via computer crap out the window…if she let him. He couldn’t explain why—some therapist he was—but he didn’t want to this woman to talk to him online. He wanted to talk to her in person. The little switch was slipping back down to Casual Carlos pretty fast. There must be a short in my circuit, because I don’t want or need a woman in my life like that—especially not a patient. It’s not worth my career…or my heart.

Carlos visualized the switch in his mind as he watched the young woman and pictured the little button moving back up to Doctor Carlos.

Kimberly stared at the handsome doctor in front of her. Talking online would be easier and more convenient, but she didn’t need that kind of treatment. It wasn’t like she was afraid of going out in public. Plus, she’d lucked out as far as doctors went. The doctors at Walter Reed had been older, gray, and paunchy. Heck, her audiologist wasn’t a young thing, either. But this man…whoa.

He’d been in the back of her mind ever since her failed second job. Meeting him had been the first time she’d felt feelings of attraction or interest in the opposite sex in ages.

This time, the atmosphere was quieter, calmer, and she wasn’t flustered or busy and could take the time to really look at him. He was tall, with olive skin and warm milk chocolate eyes. His face was clean-shaven, his hair ink-black and wavy despite its short length. He sported a very nice suit, a drastic difference from the biker attire she’d seen him in before. An expensive-looking watch was his only jeweled adornment. She’d checked.

He cleared his throat, bringing her back to earth. Kimberly realized he’d been waiting for her to respond. Her face heated with embarrassment. He was looking at her expectantly. What had he asked? Oh yeah, the online thing. No…

Flustered, she merely shook her head at him and reached into her back pocket. She had come prepared. She pulled out her trusty pad, welcoming an excuse to stop staring at him. Her notes were slightly damp from the sweat of her body, and she was reluctant to hand them over, but it was her story, the words she’d written for George. She could sit here all day and scribble in front of him or hand him this.

Deciding she’d rather he be staring at her notes than watching her write them, she handed them over. This way, she would watch him.

He took the notes, and his hand lightly brushed against hers in the process. Kimberly was surprised by the current that traveled up her arm, all the way to her shoulder, on that little contact.

I’m so glad I got contacts.

“Is this what happened to you?” His voice was soft, yet at the same time clear and masculine.

She nodded, very aware of his gaze on her until finally, he looked down at the papers he was holding. A small rush of air escaped her, and she allowed herself to relax. She’d been so conscious of what she must look like; hair tucked behind her aids, the red mark on her throat. It was unnerving having such a handsome man staring at her.

Now, she sat back and stared at him as he read, noting the crease that appeared between his brows, the cleanliness of his fingers turning the pages, the rugged line of his jaw.

Buy on Amazon, All Romance, Amazon, and Secret Cravings.
Posted by Tara at 6:28 PM