The Burning Land Raises Interesting Questions in a Fantasy Context

The Burning Land is the second book I've read by Victoria Strauss.  I read and reviewed her historical fiction Color Song on this blog here .  I happen to be a fan of fantasy as well as historical fiction and the description of this one sounded like it might deal with interesting themes.  I received The Burning Land from the publisher via Net Galley in return for this honest review. 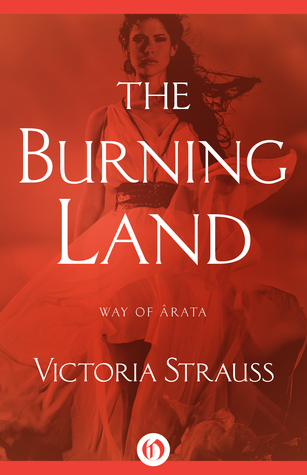 Like another review that I recently saw on Goodreads, I originally thought that Victoria Strauss was re-creating Tibet and Tibetan Buddhism in a fantasy context.  There were indeed some parallels, but there were also some key differences.  The first one I noticed is that Strauss' fictional religion, Aratism, is messianic.  It's a central tenet of Buddhism that anyone can become a Buddha.  There are Bodhisattvas who strive to awaken others to their Buddha nature, but each Buddhist is actually still the one engaged in his or her own salvation.  So there are no messiahs in Buddhism. Another seriously critical difference between Tibetan Buddhism and Aratism is that Tibetan Buddhist monks practice non-violence.  The Brethren of Arata don't adhere to such a code.  In fact, violence among Aratists is central to the plot.  The sort of violence that occurs is reminiscent of historical conflicts between Christian sects. I came to the conclusion that Victoria Strauss has constructed a syncretic religion composed of elements from Buddhism and Christianity.  It's East meets West in a fantasy world.

The male and female protagonists are both complex.  Gyalo, the male protagonist, evolves in an unexpected direction while still maintaining the essence of his character.    I don't agree with the Goodreads reviewer who seemed to think that Axane, the female protagonist, had been "ruined" by traumatic events.  For me, the strength of a female character is demonstrated by how she reacts to trauma.  Axane is severely impacted by trauma, but she's a survivor.  She is eventually able to move on with her life.  I appreciate that sort of portrayal of a female character.

The fantasy aspect involves paranormal powers.  Strauss confronts the issue of ethical responsibility in the use of paranormal powers through the differing approaches of Aratist sects.  Can this decision be safely left up to the individual who possesses such powers?  This issue reminded me of the Deryni series by Katherine Kurtz which also focuses on whether the paranormally gifted can be trusted to use their powers ethically.  Both Strauss and Kurtz answer this question in a complex fashion.  Some individuals are more trustworthy than others, but persecution increases the likelihood of the abuse of paranormal powers because survival usually trumps ethics.    So how should societies respond to the threat of unethical use of paranormal powers?  The Burning Land shows us that there are no easy answers.

Another related issue that Strauss deals with in this book is whether religious belief makes a difference in adherence to ethics.  Again,  this varies among individuals.  In The Burning Land, people who have an internalized sense of ethics continue to be ethical even if they lose their faith.  People who are only ethical because of the expectations of their religion, will discard ethics along with their faith when catastrophic events rip their beliefs from them.  I agree that whether someone worships one deity, ten thousand deities or none isn't a determining factor when it comes to ethical behavior.

The Burning Land is a thoughtful book that I recommend to readers who are interested in compelling fantasy that addresses religion and ethical responsibility.