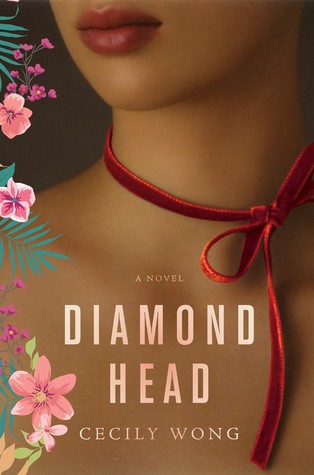 This book is like a memoir of three different women. There's the eldest, who is rescued from an abusive father and marries a wealthy man who takes her from China to Hawaii. There's the middle, the poor girl who marries into the wealthy family, rising from a room in a basement that she shares with ten other children. And there's the youngest, pregnant and unmarried in the sixties--who didn't interest me at all because the book took too long to get to her story.

All the stories I did read could have been fascinating, but the narrative style rather ruined it all for me. The fascinating parts were told quickly--such as Hong's tale and the elder's tale of rescue. Hong was the most interesting to me, but she was only briefly there. Her bit was so intriguing, it could be a novel itself. I was disappointed her tale was told and then over so fast.

The problem I had with the narrative is that it goes all over the place, from person to person, China to Hawaii, time period to time period. And it's not always a smooth transition.

Besides that, the first person narratives are more telling than showing. The third person would have worked fine but it was used solely for the present-tense parts, the funeral, which was not interesting. There are secrets, about love, finances, babies, wives...but they are revealed so late, I'd lost interest by that point. The book is longer than it needs to be, more wordy that necessary, and while I appreciated that the novel tries to show bits of different cultures--Chinese and Hawaiian--it was overdescriptive to the point of boredom.

Conclusion: I actually gave up at 75%, (maybe it got better at that point, but I lost patience) but I dedicated days to struggling with it, thus the review and rating. But most people are loving this one. Try it for yourself.