Recently, I was reading romance novel I had picked up for free from Amazon. It wasn’t terrible and after a very long work week, I was enjoying a guilty pleasure when the story veered into the stereotypical romance happily-ever-after territory. The lead female gets pregnant, they decide to get married, everyone is thrilled.


Everyone except this reader. I just wasn’t in the mood for it that night and I posted this to Twitter:

This started a conversation on Twitter and on my Facebook page about why children and marriage seem to be the go-to ending in romance novels and why any other ending is so taboo.

I think taboo against writing characters that are happy without children/marriage exists because for many people, getting married/having children is what they imagine for their own lives. Living a complete life without either or both, is hard for some to picture. So, in that way, the traditional romance novel ending is playing to the largest audience. But, of course, there have always been those that by choice or chance, that lived happily ever after without children or without getting married.

It exists because it’s a culturally accepted way to tidy up all the supposed loose ends. Sure, the conflict may have been resolved, but if they’re not married what are your characters doing with their lives? The marriage/children trope tells your readers exactly what happens after the book ends. They’re married and raising children and many, many people can instantly relate to that. Of course, there are lots of readers, like me, that can’t relate. I don’t have children, by choice.

It seems like these are some of the last taboos in romance writing. Many romance writers have moved past the point where all the female characters are helpless victims in need of rescue. It isn’t shocking anymore to have a spunky girl/woman in a lead role. But how often does that spitfire character fall happily pregnant and marry the hero?

Mores have changed. Look at the way books on shifters have flourished and the rush of women that read M/M gay romance and erotica. Twenty years ago, you saw very few books like these in mainstream bookstores, but now they fill categories on Amazon. The landscape of what American readers want in romance novels has blossomed into a garden of different subgenres and grown well outside the confines of 1980’s and 1990’s romance.

But childfree/marriage free romance novels remain few and far between. Why? For me, it’s fear. As a brand new author, it’s scary to buck the script, because the script sells. You’re just getting started, you need to make a name for yourself and you don’t want to offend the biggest reader demographic, who obviously like and buy books that deal in marriage and kids.

Of course, if writers aren’t willing to write characters that eschew the traditional happily-ever-after ending, how will it ever change? When I started writing, I committed to crafting books I would want to read, so I found ways to hint around the fact that children and marriage were simply not important to my story.

In my first novel, the heroine never says she doesn’t want children, because I didn’t want to alienate readers. But she doesn’t want them and takes steps to prevent them. I had a list of compelling reasons ready for her to recite, reasons that were not offensive, fit the character and the story perfectly. I’m mad now, because I pulled that scene, fearing I would turn people off my book.

In the sequel, I hint around saying she won’t have children and that her lover knows the reasons. Is she unable? Or unwilling? I leave that up to the reader to decide. Thinking about it now, I may rewrite it and have her announce her intentions clearly.

As for marriage, mine is a fantasy novel so marriage fit the needs of the story - kings and queens and dynasties. But, my hero is ambivalent about marriage. The heroine uses marriage to prove a political point, but never feels it necessary for the relationship. Also, I never write about the wedding. I end the first book before the marriage occurs to demonstrate that it’s just not that important to the overall arc. The next book picks up two years after the wedding happens. Time has passed, then, without any description of what shape their wedding took.

I think that there’s room enough on bookshelves and on our e-readers to have great stories that don’t fit the script 100%, but that still resonate with readers. Obviously, authors can’t expect to draw in readers that love the neat, tidy baby-and-wedding ending if they march through their novel screaming about hating kids and traditional marriage. But, we can find ways to introduce readers to alternate endings that buck the script and still tell a great story. It just means being a little subversive. 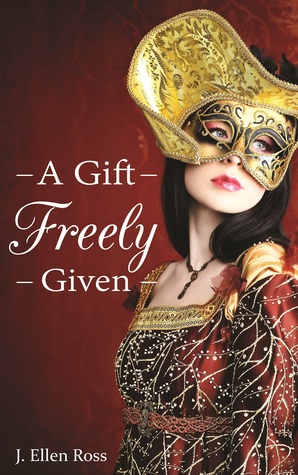 Leisha’s father, the king of Tahaerin, bartered away her childhood with his failed invasion of a neighboring kingdom. She grew up a hostage, a guarantee of the king’s good behavior. At sixteen, she returns to a land and a throne she knows almost nothing about.

Her powerful and ruthless uncle plans to force her into a marriage or take her crown by violence. The nobles of her kingdom all expect her to fail spectacularly and are eager to fight over the scraps. But, Leisha has no intention of going along quietly with any of their plans.

As a boy, Zaraki watched as slavers butchered his family. Orphaned and starving, he was taken from the streets, trained to spy and kill. He finds a position with the new queen when he is forced to flee the only home he remembers. But the job is far larger than he anticipated and Leisha’s life is threatened from all sides.

Leisha will fight to hold her crown and her throne with the help of an unknown and unproven spy. Zaraki will try keep her alive and to keep the oaths he took - to be loyal to her, to keep her secrets and never, ever fall in love with her.

I live in Texas with my husband and our four rescue dogs. I work in high tech, which has nothing to do with fantasy, romance or writing.

When I'm not busy chasing dogs around or rushing someone to the vet, I love to read and play video games. I have a hobby of having hobbies, so I've also been known to do sculpting, beadwork, and painting.