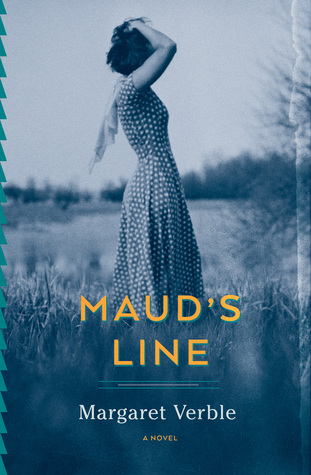 I grew up in Oklahoma and I love historicals. Thus, I wanted to read this story.

The heroine, Maud, appealed to me...to a point. I There was much to admire about her. She's on her own most of the time. Her father and brother gone, or worse. She has to take care of her farm, deal with love, see death in many forms, deal with neighbor disputes, take care of her brother when he's around. She's independent, despite the fact she's pretty much surrounded by family. She's generous, having get-togethers when she barely has the food to feed her own crew.

She's a woman a bit ahead of her time, taking men to bed without shame. Her bed isn't cool from the last man before she takes another. And why not? Men do it.

But at the same time, that trait rather put me off her, especially when she began to attempt to "f*** the baby out of her". (I don't feel this is a spoiler. It's obvious pretty quick she's going to get herself in trouble with her behavior. This was very predictable.) She comes across as way too vulgar and crass a character at those moments. By the end of the book, I couldn't stand her.

Moving on...there's a murder! As morbid as this sounds, I liked the murder thrown in. Without the two dead men and the sheriff prowling around suspecting Maud's father, the book would have been nothing but making biscuits, watching a looney brother, washing at the pump, talking about cows, pigs, food, and "sparking" the peddler or Billy. Oh, and the occasional walk to town. To be honest the story itself was pretty dull and while it gave me a good look into the Native American OK farmers' lives in the thirties, there was just a bit too much of it--their everyday mundane lives. Besides that and the fact Maud grated on me at times and was unlikable at others, the telling of the tale is a bit too like a list. She did that. She did this. He went there.... I guess it would be a case of more telling than showing.

In the end, this one wasn't for me.