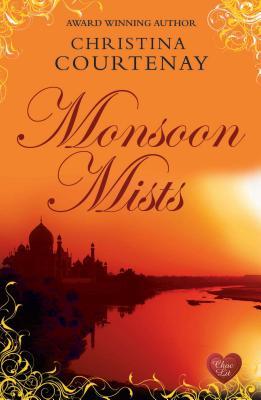 I rarely say this. Those of you who read my reviews know that I'm not really into heroes. I tolerate male POVs. They're okay. It's the heroines I really pay attention to tho...

But Ms. Courtenay has created the perfect hero, and I have fallen absolutely in love with Jamie. He's a fighter, a lover, he's honorable and he has just the right amount of arrogance--just enough to ensure he's confident in himself and doesn't need to remind everyone constantly. He is a self-assured hottie. And he cares about kids and dogs. Truly a man after my heart!

And oh, he's a tease. When he speaks to Zar, flirts with her, or even just makes a joke about rowing with one ore and going in circles, I chuckled or smiled and melted inside all over again.

And Zar can hold her own as well. Though she's not a warrior woman, she faces a lot of bad situations and doesn't break down. She is a survivor. She's survived a bad marriage, a cruel stepson, and assault. She's also highly intelligent, so intelligent that her deceased husband left her half of his trading business when he died...and this is a time period and country (India, 1700s) when that was NOT done. She's also extremely adamant that she not wed again and be controlled by a man. Kudos to her!

Besides two awesome main players, the book also has another aspect in its favor: a ton of adventure. There's a stolen jewel, an abducted family, a tricky situation playing courier for a dangerous item, pirates, and as always when a valuable item is involved--a ton of greedy people who want it for their own reasons and will stop at nothing to get said item. So while it's in Jaime's possession....well....trouble keeps finding him.

And even better, Courtenay manages to place a lovable dog in the story, who in a way, saves the day!

Bit preposterous, far fetched at times, but a thoroughly enjoyable read. I even enjoyed the sex scene, another rare thing for me. Well done, Courtenay!

I received this in digital galley format from the publisher.