Saving Amelie: A Novel About the T4 Program When Nazis Targeted the Disabled 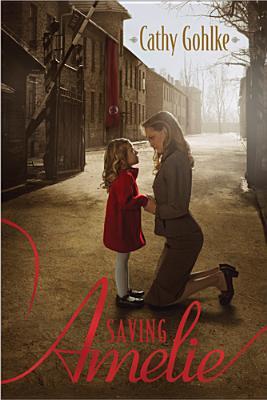 "They are going to rid Germany of every genetically imperfect man, woman, and child. Handicapped physically, mentally, emotionally--it doesn't matter. They will all be gone for the greater good of the Fatherland. That means Amelie."

I've heard of the Nazi T4 program before, in a small children's book in which a deaf girl placed in a concentration camp wrote poetry about her struggles.

What I did not know and this book showed me was the whole genetics research that led to the mass murders of the deaf, "slow", blind, etc.

I did not know that the Nazi scientists were sterilizing women without their consent or knowledge, declaring them unfit to breed. I did not know that they were gathering the deaf and blind and otherwise "unfit for German society" children into black vans with painted windows and then driving around while gassing the unsuspecting and frightened children in the back.

As a deaf woman, this frightens me, that this mentality and way of thinking ever existed, even for a moment. I don't consider myself a blight on society...but that's a rant for another day and time. It was hard for me to read about this disgust for people like me, but as I've said before, "If you forget history, you risk repeating it," and thus I appreciated learning about this.

It's what drew me to this story in the first  place. However, there's a lot more going on in this book than the Tiergarten 4 program and the people who attempted to escape it (I loved those bits and found my heart beating rapidly many times as Amelie, Rachel, and Lea tried to leave town or something and here comes the SS...) and it's the other plotlines I didn't care for and caused me to skim at times.

I didn't care for the sibling rivalry between Lea and Rachel. It was childish and out of place given the situation they were facing. I didn't like Lea. In the author's defense, I very recently read a novel called The Winter Guest that had enough sibling rivalry to last me ten years. I disliked that book so much that as soon as Lea looked at Rachel in a hateful, jealous way, my hackles rose.

I couldn't care less about the Passion Play. Or the children in it.

There were too many people and POVs. Some could have been eliminated--perhaps not their existence but their story bits. Like Frederick or even the Jewish girl and her tale. It's as if too many stories were being crammed into one. Amelie, Rache's friend, the Nazi's obsession for Rachel, genetics, the reporter, religion in Germany, Lea, Fred, even biblical Jacob, Lea, and Rachel.....

And in all this there was so little of Amelie, I question the title of this story. She's four years old, she's deaf, she needs to escape, her father wanted her dead...but the story is not about her. I also don't care for how she portrayed. We're told she's intelligent, that she signs, wants to communicate, etc, but yet they feed her like a baby. Has she been through a rough time? Yes... but seriously? She can go potty and pick up a spoon and feed herself. Deaf doesn't mean incapable of the most basic functioning. And that little skit based on her. Why does a four-year-old need to seek forgiveness?

The whole thing about faith didn't bother me. I was expecting it. Though I must say it was all crammed into the last half.