The original book was The Book of Negroes. The edition I read in 2009 was called Someone Knows My Name.

It was a heart-wrenching story and my review went on Goodreads back then. 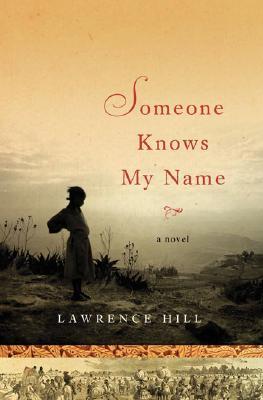 Fantastic historical fiction!! One of the best. I found this novel engrossing and emotional and I hated to put it down. I had to remind myself that I needed to sleep, thus had to set it aside here and there. It is a very unbiased look and recollection of the slave trade. By unbiased, I mean this novel shows the flaws and the wrongs of everybody involved. The blame does not sit on one group or country. The story follows Aminata, an incredibly likable and wonderfully sassy young girl that is captured and stolen from her family in Africa by fellow Africans and then sold to white men from America.

Readers get an appalling and emotional ride on a slave ship and learn about the foul conditions and ill treatment that was dished out to the captured people everyday. Following the ship, the story takes us to a South Carolina plantation and Aminata learns to read and finds love while at the same time, dealing with a cruel, sometimes abusive "owner".

From there, the feisty heroine makes it to New York City and the world of Black Loyalists and then Novia Scotia and finally, London. Aminata leads a hard, tough life and deals with good and bad from every race. From the Africans who sold her to the Americans that bought her to the British that betrayed her and back to the Africans who attempt to enslave her yet again. What a story! And during all this trauma, Aminata still finds love and joy in her life and makes friendships. I felt like I really knew her and sometimes I had to stop reading to collect myself. My only complaint about this novel is sometimes there was too much information about bowel movements. Otherwise, it was perfect and the ending brought tears to my eyes. 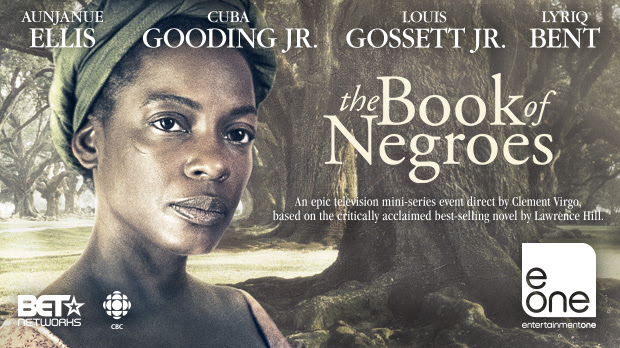 That being relayed, I'm excited to announce this wonderful book has made it to the "little" screen. You can watch or set your DVRS to record The Book of Negroes Feb 16th on BET. And it's got Cuba Gooding Jr in it, so some eye candy indeed.

It's not clear to me, however, just how many episodes there are. I see two different episodes on the TV, but a channel named CBC seems to have 4, 5 episodes, so I'm a bit confused. You'll have to figure that out for yourselves! And if you miss it Feb 16th, it will be available on DVD on Amazon April 7th.