The Garden of Letters: The Cellist Who Was Code Named Dragonfly 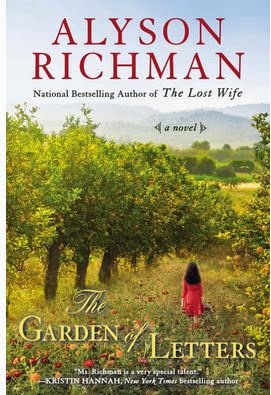 When I read about fictional protagonist Elodie Bertolotti’s dedication to music and her love for the fine cello that her father had given her, I was reminded of The Rainaldi Quartet by Paul Adam, a mystery I read some time ago  dealing with luthiers and the love of great violins with a history behind them.  It also took place in Italy, but it didn’t stray outside the world of music as The Garden of Letters does.  Because when your friends are courting danger and your country is about to be invaded by alleged allies, being absorbed in music is not enough for a person of integrity.  I was impressed by Elodie’s courage when she joins the Resistance, and her ingenuity in inventing a new means of secret communication.  I’ve read a number of novels dealing with the French Resistance.  I had expected the Italian Resistance to be similar, but Elodie brought her background into the Resistance which gave fighting the Nazis an unusual twist.

I would like to discuss a few thoughts I had about The Garden of Letters of the title.  It was seen as a private expression of love, but no one ever called it art or its creator an artist.  Do people only think it’s art if it’s public and the elite give it sanction?   Does the fact that a woman created it for her husband make it not art?   If so, then the definition of art needs to be broadened.  My paternal grandmother had examples of her crewel embroidery hanging on a wall of her living room.  Few people got to see them, but I’d definitely consider them art.  My grandmother was an artist with her needle.   I think that Dalia, the creator of The Garden of Letters, was an artist though she probably would never have thought of herself that way.  All expressions of the creative impulse could be considered art. The Garden of Letters also gave Dalia the strength to deal with separation from her husband.  Therapeutic art is still art.

The Garden of Letters shifts perspectives and time periods.  I never got confused even though the story didn’t unfold in linear order.    I didn’t think that the head hopping was unclear or excessive.    Other readers might have problems with the author’s narrative techniques, but I consider this the best historical fiction that I’ve read so far in 2015.