Dream a Little Dream ... in Stanstead Tower ... With Sue Moorcroft

Please give a warm welcome to Sue Moorcroft, who has kindly agreed to visit and bring with her, a fascinating tale. To research for her new release, Dream a Little Dream, she got to delve deeply into the world of air traffic control and even visit THE TOWER. Now, in the aviation world, those guys are like gods. Pilots depend on them to tell them where to land, when, what runway. An error on their part means death. Passengers depend on them. Flight attendants...

Regardless, as Book Babe has that side theme of aviation half the time, it's a perfect topic.

Sue, go ahead and take off. Runway is clear. :) 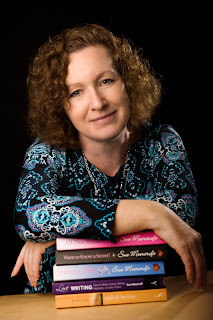 "When I decided to make Dominic Christy suffer from the rare sleep disorder, narcolepsy, in Dream a Little Dream, I looked around for a career for him that would be particularly affected, a job that involved high concentration, shiftwork and health.
So I decided to make him an air traffic controller, and I chose Stansted, one of the London airports, because it worked in location terms for the book.
Most of us take the people in ‘the tower’ for granted. We don’t always think about the thousand of lives they hold in their hands every day or the emergencies they stave off. It can be a high-pressure environment and the training is intense.
My friend Dave was in fighter control in the Royal Air Force and had done a bit of route planning for private aviation at Stansted, so I began by interviewing him (at length. We met for lunch and I let him go at about seven in the evening …). He gave me brilliant background information about the kind of guy Dominic would be – incisive, decisive, fact based, information hungry, strong, active, and loads of other good ‘hero’ qualities.
Then I said, ‘Do you think you can get me into Stansted tower?’ He thought about it and said, ‘I’ll give it a go.’ The next week I found myself copied into e-mail correspondence with Stansted’s public relations department and Paul, the general manager of NATS, Stansted. And, within a few days … we were there. In the tower.
It was an amazing experience.
First, in the offices at the bottom of the tower, I had the opportunity to talk to Paul about the life of an Air Traffic Control Officer (ATCO), about what would and wouldn’t work in my story, and, crucially, how Dominic’s narcolepsy would have been handled from the human resources point of view. Then we were escorted to an elevator that seemed to go up for ages. And we stepped out on the top of the world. 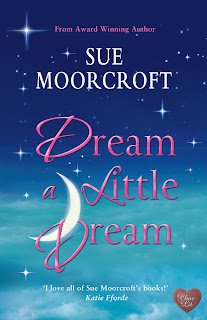 OK, it wasn’t the top of the world, but it felt like it, a glass room with views in all directions, the runways, aprons, taxiways, stands and aircraft laid out in front of us like toys that a giant child had forgotten to put away. Airliners hung in the blue sky in their approach to the runway and speed and distance information blipped up on computer screens. It helped that it was a sunny day, but, honestly, the view from the tower was beautiful. I was allowed to sit with the guy who was moving the aircraft from the stands to the runways, then passing them on to another controller to be sent up into the air, passing those that had landed, in return, to ‘my’ controller. I was given earphones so that I could hear his conversation with pilots and he explained his computer screens to me, and how the ‘strips’ that represent each aircraft move back and forth across them. I was impressed that he had the spare mental capacity to talk about what he was doing whilst he did it! I could see why the training is intensive and lengthy.
The experience in the tower passed in a blink and I was disappointed when it was time to be gently prised from my controller’s side for a quick chat with the watch manager before being escorted back down to the bottom of the tower and, ultimately, shown the door.
But that’s a day that will long stick in my memory – the day I discovered who Dominic Christy used to be, just before Dream a Little Dream begins. What I hadn’t realised, until  my time at Stansted, is that the training doesn’t transfer easily to other jobs. It’s aviation specific. This caused Dominic a lot of problems, problems it was my job to iron out for him. Eventually. And, of course, I had to make a woman, Liza Reece, one of the most significant problems of all. How did I do that? I gave Dominic a new dream. And I gave Liza one, too.


But if Dominic realises his dream then Liza can’t realise hers and if Liza gets hers then Dominic can’t get his. That’s quite a reality to wake up to."

Sue Moorcroft writes romantic novels of dauntless heroines and irresistible heroes for Choc Lit. Her last book, Love & Freedom, won the Best Romantic Read Award 2011 at the Festival of Romance and her next, Dream a Little Dream, is out now.
Combining writing success with her experience as a creative writing tutor, she’s written a ‘how to’ book, Love Writing – How to Make Money From Writing Romantic and Erotic Fiction (Accent Press). Sue also writes short stories, serials, articles and courses and is the head judge for Writers’ Forum fiction competition. She's a Katie Fforde Bursary Award winner.
Check out her website www.suemoorcroft.com and her blog at http://suemoorcroft.wordpress.com/ for news and writing tips. You’re welcome to befriend Sue on Facebook or Follow Sue on Twitter.
Posted by Tara at 12:00 AM