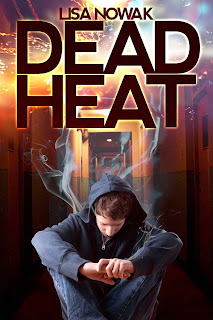 Please welcome Lisa Nowak and her character, Alex from Dead Heat. He's got an intriguing ability. In a world just bursting at the seems with a million books a day, Lisa Nowak has come up with something entirely  unique: a machine whisperer...

Alex is the 17-year-old protagonist of Dead Heat, and he’s got a unique talent. I’m interviewing him today to find out a little more about that. So, Alex, I understand you’re a machine whisperer. Can you explain what that means?

Aw, that’s just what the mechanics at work call me. My friend Tommy started it after I told him the fuel pressure regulator on this car was messed up without even using a meter. I just get this feeling about what’s wrong with broken machines. It’s like I can hear what they’d say if they could talk. ’Specially if it’s something electrical. The guys figured out I got this knack for solving intermittent problems—the kind that come and go so they’re a bitch to track down—and that made me real popular.

How did you find out you’re a machine whisperer?

That happened when I was maybe seven. We had this CD player that didn’t work, and one day I started messing with it. Minute I got my hands on it, I felt this weird pull, like I had to take it apart. When the old man came home, there was pieces everywhere. I held one up—which I didn’t know back then was the motor—and told him, “it needs one a these.” He smacked me across the room for getting into his stuff. But the next day, he brought me a bunch of busted CD players. He’s a scrap guy, so he comes across that kinda thing when he’s doing his rounds. I took ’em apart and found another motor. Fixed his like new. The old man about shit. Ever since, he’s been bringing me stuff and selling it once I patch it up.

Seems like a handy skill. I wish I'd had this skill when I was an aircraft mechanic. Are there any drawbacks to it?

Ha! You mean other than people wanting me to fix stuff all the time? Not really.

With a talent like yours, you must be a real asset at work. I’ll bet you’ve got a full-time position all wrapped up as soon as you graduate from high school.

Nah, it ain’t like that. Matter of fact, the service writer hates me ’cause I don’t read so good and I gotta get Tommy to help me write up the work orders. Ivan—that’s my boss—says I gotta get ASE certified, or he ain’t gonna let me go full time. Sometimes I feel like I’m never gonna get through high school and pass them damn ASE test, but my friend Cole, the guy who got me this job, keeps telling me I can do it. He’s pretty cool that way. I mean, I think he’s a dreamer, but it’s nice when someone’s got your back, y’know?

That I do. Well, thank you for joining me today. If any of my readers would like to know more about Alex and his machine whisperer abilities, you can pick up a copy of his story at one of the retailers listed below.

A man who longs for a son, and a boy who can’t escape his father’s violence. Even death can’t break their bond.

Alex is a machine whisperer. He can tell what’s wrong with a broken-down car with a touch. But his gift can’t save him from the brutality of his meth-addict father. For two years, Alex experienced kindness through Cole, his mentor. Now Cole’s dead, and the violence in Alex’s life is escalating.

When Cole reappears as a ghost, Alex clings to the tenuous link. Then he learns Cole might’ve sacrificed his chance to cross over. Jade, the first girl to look beyond Alex’s past, assures him Cole can reach the Other Side—if Alex escapes from his dad. But a previous terrifying attempt has convinced Alex it’s impossible. Unless he can find the courage to try, his friend may be earthbound forever. 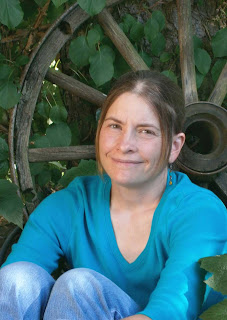 In addition to being a YA author, Lisa is a retired amateur stock car racer, an accomplished cat whisperer, and a professional smartass. She writes coming-of-age books about kids in hard luck situations who learn to appreciate their own value after finding mentors who love them for who they are.