The Last Runaway by Tracy Chevalier: A Disquieted Quaker 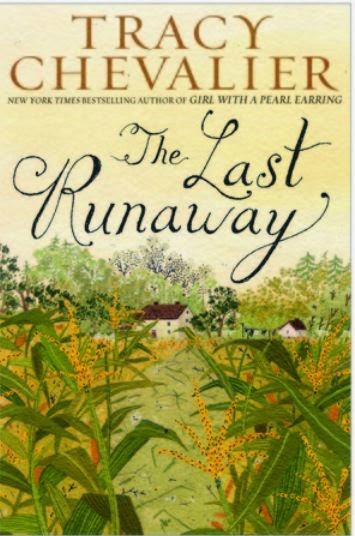 The protagonist Honor Bright is a very principled Quaker.  She is surrounded by other Quakers all of whom are opposed to slavery.  Yet not all of them are willing to act on their principles.   I feel that this is the central theme of The Last Runaway.  Why are so many people afraid or unwilling to take a stand?  Should they be judged for their inaction?  When it comes to an important issue such as slavery, there were consequences for both action and inaction which are fully illustrated in this book.

Quakers have a history of spiritual silence, but they also have a history of activism.  I have seen a book called Mothers of Feminism by Margaret Hope Bacon about prominent 19th century Quakers who were involved in the suffragist movement. Susan B. Anthony was one of them.  There are many modern Quaker activists for peace.  The readers of The Last Runaway might think of Honor Bright as a typical Quaker because of her activist tendency, but her stance causes trouble in her community.

I found this book compelling and provocative.  It gave me a more complex view of 19th century Quakers.  The interplay of silence and activism in the life of Honor Bright was unexpected, and the Quakers who were in conflict with her turned out to be worthy of respect.

I think I would like to read Slavery and the Meeting House: The Quakers and the Abolitionist Dilemma by Ryan P. Jordan which Chevalier mentions in her acknowledgements.  Chevalier did show us that it was a dilemma.  This caused me to reflect on issues in my life where activism and dissent could represent a dilemma.   I think this was the best book that I've read by Tracy Chevalier so far.