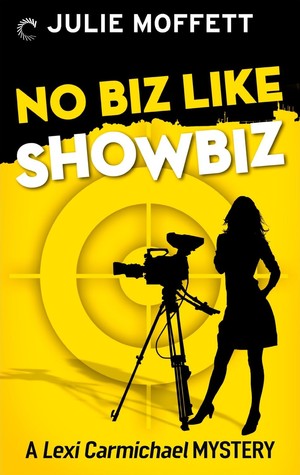 Lexi is back and better than ever. Having read all the previous four books (I still think book two was the best), I noticed that Lexi has more confidence and backbone in this, book five. She really knows how to stand up for herself this time around, as she finds herself a "prize" on a geek dating reality TV show. (She's actually undercover, trying to find a "cracker/hacker" who's manipulating the voting.)

"Apparently I'm not being very clear. As a result, I'll give you three options. No, no way, and hell no. Clear enough now?"

For those new to the series, Lexi is a computer whiz who once worked for the NSA and now works for a private company owned by her sorta boyfriend. She tracks down computer criminals. She has rather awkward social skills...

Moffett once again fills the story with fabulous humor, not only from Lexi quips but also with incidents as Lexi goes on "dates" with these geeks and has typical Lexi mishaps.

Some food for thought comes from her friend Basia, who appears on the scene towards the end for moral support.

"Don't we all grow and expand as individuals when we try new things in life?" is her reply when Lexi starts feeling insecure and out of her element. The show is getting crazy; she's becoming embarrassed... Isn't that true though?

I'm getting sidetracked. What I enjoyed about this story besides the humor was the cast of characters. It had every geek stereotype possible in it, from a geek who wears suspenders to a geek who speaks through a sock puppet and only TV show quotes...it's crazy and hilarious. No offense to geeks. I'm anti-stereotype, but at the same time I also know people who honestly put themselves in a stereotype expected of them, so really, I took this as a lighthearted, fun read, and it is.

And of course the romantic tension builds with phone calls to Elvis (I'm still rooting for him to win Lexi's heart) and Slash on the scene in disguise.

I received this digital arc via Netgalley.