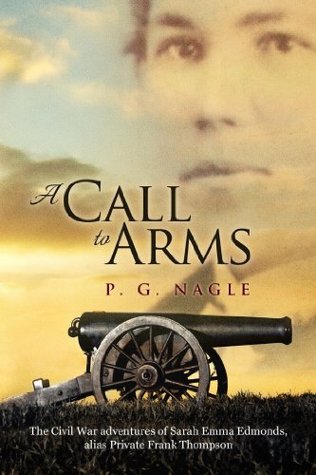 First of all, I think the author did a good job in her portrayal of this real-life amazing woman. She also has a good "writing voice".

What I enjoyed the most about this story is the amazing heroine. She has so much courage, it blows my mind. She poses as a man two years before the Civil War, just to avoid an arranged and unwanted marriage and to enjoy the freedom that being the opposite sex brought during that time period.

When she becomes a soldier, she does a variety things for the war effort and even better, she fights on the right side --the Union. From soldier to "nurse" to stretcher barrier to mail carrier to spy...it's one adventure after another. She even paints herself black and poses as a Negro to break in the Confederate ranks, and that means exposing herself to whippings and beatings. That takes gumption!

She has conflicting emotions as the story unfolds. She loves a man. You can dress as a dude but you cannot turn off women's baser instincts.

An irritation for me, however, was that the story (and it doesn't appear to be marketed as Christian fiction) goes on and on about faith, scripture, the bible... I read Christian Fiction but today's Christian fiction authors--most of the ones I read--don't beat me over the head with religion every five seconds. This book went way overboard.

But when it really went downhill was the 65% point, when Jaimie enters the picture. If you don't like spoilers, read no further, but I have to say this in order to express just why this didn't set well with me...

The story went from featuring an overly pious, Bible-thumping woman to a woman who is having sexual relations with a married man. And you know what? I was actually okay with that. So she's a sinner. She regrets her actions, la de da. This is real life. It seems to me the folks who thump their Bibles the loudest are often the ones with the most secrets... BUT what I didn't like is that Emma falls for a man such as Jaimie and after all her piety, it's so....nonchalant and doesn't suit her character at all.

That she must share him, she accepted as fact and privately regretted on many levels. She wished no harm to the faceless Mary back in New York. She felt badly about wronging her, but she was certain that if she had not become Jaimie's lover, someone else would have.

How does that make it okay? As I said above, this attitude simply doesn't suit her or go along with the Emma we've come to know at that point. And since the author had to take this route and add a love interest, why did it have to be an A-hole? An A-hole who was willing to sodomize her, thinking she was his young male tentmate?

I received this on LibraryThing Early Reviewers.