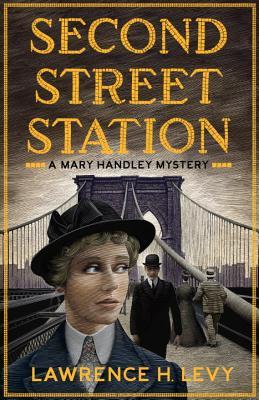 I had an absolutely good time reading this historical mystery with the most intriguing cast of characters--from Thomas Edison to J.P. Putnam to Tesla (Yes, Tesla was responsible for AC electricity. We're not talking about the car.)

But in the middle of the drama--Who invented what? Who's stealing what? Who is Bowler Hat going to kill next? And heck, even the invention of the electric chair--and the interesting characters, the heroine of the story steals the show. Mary.

Mary's mother is ashamed of her. Mary is unconventional. She doesn't want to get married and have babies. She can't even make French toast. And she curses sometimes. She wants to be a detective. She runs through the streets after bad guys, tearing at her corset so she can breathe. She's scandalous!

And I loved her. She stands up for herself and others, does the right thing, and has a sense of humor, or at least the narrative does. The narrative is different, in a good way. It head hops skillfully between characters, is in third person, and is not jarring. It's very well done.

The mystery is simple: a man is dead. Who killed him? Only the people, inventions, a journal...all makes it more complicated than it needs to be, which also keeps the reader guessing. Not an easy solve, this one. 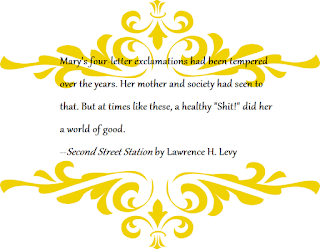 On top of that, Mary is the first woman working with/on the police force. She must deal with all kinds of discrimination.

There's a romance that seemed out of place and I question why it was there. It fell flat in light of circumstances I can't reveal without spoiling things. I'd rather it not have been there at all. But the addition of real-life people, the inventions and the stories surrounding them...really made this go from cool book to awesome book. I'll be reading more of Mary's adventures. She has a lot of them! From attacks in alleys to martial arts to hijacking trolleys... 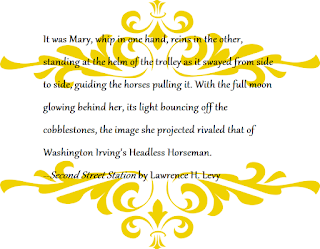