The Crimson Field: Nurses Bring Scandal & Smarts to the Battlefront 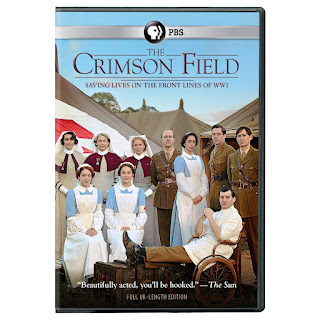 It's WWI. Yea, I seem to be on a nurses in WWI kick. (I've been watching Anzac Girls too, more about that later.) A group of British nurses are treating the wounded on the front (France). We not only get to know them, but also the surgeons they work closely with, and with this group comes lots of secrets and tensions. A six-hour series, it comes on two DVDs.

There's the matron, with a soft heart for her patients, but not so much at times for her volunteers. There's a huge debate over how much the volunteers should be allowed to do. There's a secret engagement, secret babies, possible love affairs. Resentment, jealousy, fear. Each episode brings up something new to think about: the trials of nursing, how very difficult it can be for a young lady in those times to see a man's body. Cowardice. Should they be shot? Not every man is cut out for war...yet should they shot for their weakness?


There's Irish/British tensions, and even more fascinating to me was the experimental procedures the surgeons perform. I'm not a medical expert, but though brief, the side story involving a wounded patient being put through a painful routine every two hours rather than losing his leg was intriguing. 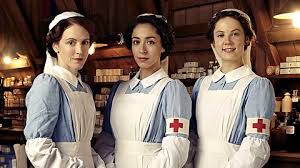 While the first episode was slow and I had my doubts the series would improve, by the third episode, I was hooked. I became engrossed in everyone's lives and scandals. I found myself shouting at people, especially the wife who tells her husband she doesn't want to hear his war stories. What a shocker of an episode. I dare not say what happens, but I will say it raised a lot of emotion in me.

The secret engagement turned into a shocker of epic proportions bringing the issues of treason. Right man, wrong time... I was happy with the way this resolved. It was realistic and yet could have been worse. I must say though, I am not pleased with one sidestory's resolution...Kitty. Fascinating woman with hints of a scandalous past...but yet we never get the full story. I wanted the full story there and I didn't care for her love interest. I'd have chosen the other guy.

I bought this DVD set on Amazon.