The Yin and Yang of Fictional Sleuthing By @DelynnRoyer #Giveaway

It started with Nancy Drew.

My mother was a yard sale enthusiast. Between those sales and flea market used books, I snagged every Nancy Drew mystery from The Secret of the Old Clock to The Secret of Mirror Bay.

That’s a long time ago, but here’s what I remember. I wanted to be Nancy. (Oh, yes, I did.) I wanted Nancy’s hair (shoulder-length blond flippy-do), I wanted that smokin’ hot blue roadster, but most of all...

I wanted that smokin’ hot Ned Nickerson. Although...

Even at ten, I suspected there was something missing from Nancy and Ned’s romantic subplot. Like maybe the smokin’ hot part. Or maybe it’s better to call it the romantic conflict part.

There are several reasons why romance is always present in my stories. Writing strong heroines is the best of it. But another reason is the built-in conflict.

Call it Yin and Yang. Mars and Venus. Attraction of opposites. It’s that built-in male-female conflict that’s a gift to romance writers.

It can be deceiving, though. It may seem to be about forces that are at odds, but, in reality, it’s about forces that complement. (Light and shadow, push and pull.) In the end, the two will add up to be more than the sum of their parts. It’s a dynamic that can enrich any human relationship.

The Yin and Yang of Detective Duos 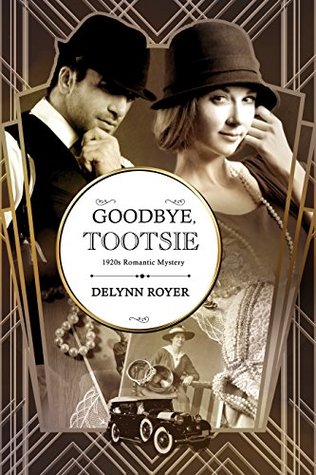 Fictional detective duos are nothing new. Holmes and Watson were there from the start, although Watson was more of a sidekick. With Nero Wolfe and Archie Goodwin, the sidekick began to emerge as yang to that armchair detective’s yin.
Dashielle Hammett mixed the sexes to create a new trope—married sleuths—in his 1934 mystery, The Thin Man. That was the cake. The icing? Myrna Loy and William Powell. Their romantic chemistry knocked it out of the park in the movie, and my favorite snooping couple was born.

Nick is a glib, hard-drinking former Pinkerton detective who spent his working life mingling among New York’s shady 1920s underworld. Nora is a Nob Hill heiress, a gin-tippling society girl with a spicy sense of humor and a taste for adventure.
If that’s not a lovely, bubbling mix of opposites, I don’t know what is.

Sean and Trixie: My Own Snooping Couple

In my first 1920s romantic mystery—It Had to Be You—I created my own snooping couple. Were there shades of Nick and Nora? Some. But as characters always do, my leads took on their own personalities.

Sean Costigan knows New York’s shady underworld all too well. He’s a deep-thinking homicide cop with a Philip Marlowe, seen-it-all attitude. The last thing he needs is a perky, bright-eyed Long Island debutante who dreams of becoming the next Nellie Bly.
Or so he thinks.

Trixie Frank is indeed a perky, bright-eyed society girl. She’ll inherit her family’s five and dime store fortune someday. But she’s also got ambition. She’s a tabloid reporter with her sights set on the crime beat.

When these two meet, it’s a lovely, bubbling mix of opposites. At least, it has been for me. I’m now at work on their third mystery case.

To celebrate the release of my second Trixie Frank – Sean Costigan mystery—Goodbye, Tootsie—I’d be happy to gift one of my romantic mystery ebooks for Kindle to a Book Babe reader.
•           It Had to Be You (Book 1)
An ambitious tabloid reporter stumbles on the story of her career when she joins up with a jaded homicide detective to solve the Central Park murder of a notorious bootlegger.

•           Goodbye, Tootsie (Book 2)
A homicide detective and a tabloid reporter are on the road to romance but at cross-purposes at work when they investigate the New Year’s Eve murder of a young heiress after she comes into control of a family fortune. 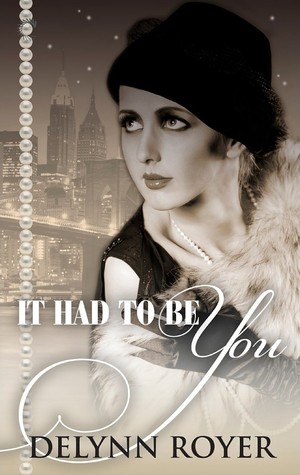 (This gift is available via U.S. Amazon in the Amazon Kindle version only.)
To throw your name in the hat, leave a comment no later than July 21st with the book title you’d like and your email address. Winner will be chosen at random on July 22nd.
So, tell. Who are your favorite fictional detective duos and why?

To get started, here are more of my favorites.
•           Thomas and Charlotte Pitt (Historical mysteries by Anne Perry)
Why? Wonderful romantic chemistry between married sleuths.
•           Laura Holt and Remington Steele. (Old TV series Remington Steele)
Why? Smart and stylish. No one looked better in a fedora than Laura Holt.
•           Sherlock Holmes and Joan Watson (TV series Elementary)

Why? Clever with complex characters. 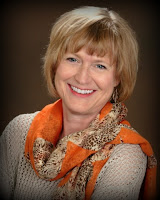 Delynn Royer writes historical romantic fiction for the light of heart. Aside from the research that inspires her novels, she enjoys classic movies and yoga. She lives with her husband in Pennsylvania.