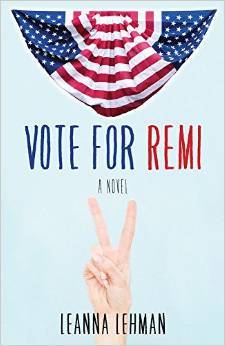 I love women-running-for-president stories. The drama, the competition, the paparazzi, the politics...all make for great intrigue. And oh, the opposition for being a woman. That'll always be there.

This isn't just your run-of-the-mill story though. This woman ends up running for president by accident and it's actually very touching and cool how this comes to be. She is a government teacher who stresses to her students that anyone who meets the legal requirements can run for president. She encourages kids whom everyone else has given up on to be all they can be, to strive for more. Testing her theory, her students announce she's running for president.... Long story short, they become her campaign team and she ends up really running for office.

But it changes her life and she battles with herself. Is she doing the right thing? Is she doing it for her country or for herself? How many people in her life will walk away from the all the stress and drama before it becomes too much? And then political threats and blackmail enter the picture...and Remi has some moral decisions to make.

I enjoyed this for the most part, but at times it became really bogged down, especially as Remi began debating with herself back and forth on the same personal issues. Should I do that? Should I do this? This stuff was too drawn out and over explained. I began to get bored and wanted it to just "get on with it already".

But Remi is a terrific and likable heroine.

I received this thru Netgalley. 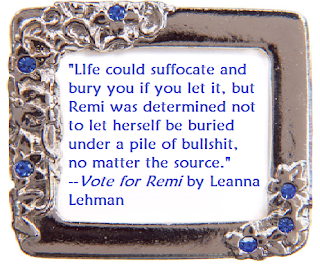