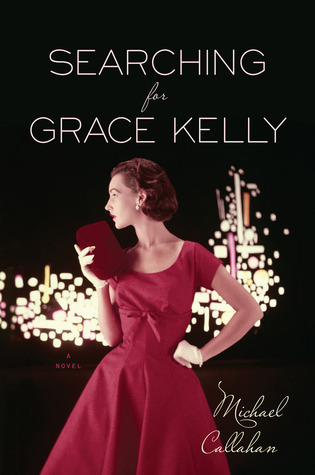 "One lovely night doesn't mean you should go arse over tit for the first man who takes you dancing."

I must give this author major points for a masterpiece of a prologue. In the first 3 or 4 pages we meet a girl, a girl who has been living in the famous Barbizon Hotel--an exclusively female hotel for the up-and-coming lady in NYC, at least until it began admitting men in the eighties. She feels her life is ruined and she has only one option left: suicide.

Then the story starts. We meet three girls who live at the Barbizon, all with vastly different personalities but all who want the same thing: to be loved. Yet...which girl was about to jump off the roof in the beginning? What a way to keep us reading! Though I admit I enjoyed the story enough to read regardless. I just had to mention that because I thought it was brilliant.

Back to the girls... Laura wants to be a writer, yet rarely picks up a pen. She's constantly being sidetracked by her social life, with two beaus. She also needs to learn to live her life her way, not her mother's. I felt like the moral of her story was, "Don't postpone your dreams and goals, for anything."

Dolores...we have all been a Dolores at some point, desperate for love and afraid of being alone. She'll do just about anything for approval. I guess the moral here is to not be so insecure with being alone that you end up making yourself more miserable. Don't force things, especially relationships. Her story had me on the edge of my seat as I tried to figure out what was going on with the man in her life.

Vivian. Ok. This is where the story disappointed me. This line was way too predictable. I saw it all coming from a quarter in. I don't like figuring everything out that fast. I really don't. But there was a moral here too: don't alienate yourself.

We simply follow all three of of these young ladies as they live their lives, fight their hearts and heads, and come to learn the above morals in their own time and in their own ways, and perhaps not quite in time. There are fancy NYC nightclubs, abusive men, murder, lies, secrets, broken hearts, and breakfasts and gossip.

And it's all in a fabulous fifties' setting.