The World Unseen: Rebels Against Apartheid in the South African Indian Community

This recent reading history is why I noticed The World Unseen by Shamim Sarif.  In addition to taking place in apartheid South Africa, it deals with the Indian community in South Africa.  I’ve been wanting to find out more about Indians in South Africa ever since I read that Gandhi had lived there and was radicalized by the experience.  See this page on Gandhi Before India by Ramachandra Guha on the American National Public Radio’s website. 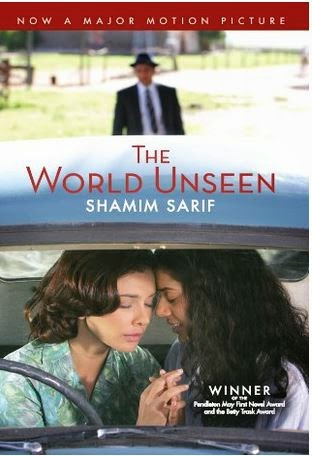 The World Unseen deals primarily with two Indian families in South Africa which have non-conformist members that refuse to co-operate with apartheid.  Amina has an African business partner with whom she runs a café.    Amina is also a lesbian.  This is never stated explicitly.  There is a reference to a past relationship with a woman, but there is no explicit lesbian sexuality in this book.  So the cover might be considered misleading in the view of readers who are looking for an explicit lesbian romance.   Amina becomes attracted to Miriam.  Miriam’s husband had a sister who married an English descended South African.  They left South Africa in order to get married and reside in Paris.  The trouble starts when this rebellious couple decide to come home for a visit.  The actions that characters in this novel take in response to this visit reveals them for who they really are, and changes relationships.

I liked the Indian perspective and the characters who wanted to be unconventional in such a repressive environment.  I only wished that the book could have been a bit longer.  There are possibilities for the future, but no indication of whether they will really develop.  There is a movie based on this novel.  Here is the official website .  Since I haven't seen the movie, I don't know which version I would prefer. Although this is still one of the best books that I’ve read in 2014, I would have liked it even better if there were more of a resolution.