Revolutionary: An Independent Woman In The War of Independence


I am a particular fan of the historical fiction sub-genre dealing with women who disguise themselves as men.  In most historical societies pretending to be a man was the one way a woman could gain control of her life.    These women were lone feminists who camouflaged themselves because they had no social support.

Revolutionary was my Thanksgiving Day read.  I was thankful for the fact that Alex Myers, the author of Revolutionary, sees his ancestor Deborah Samson the same way I do. 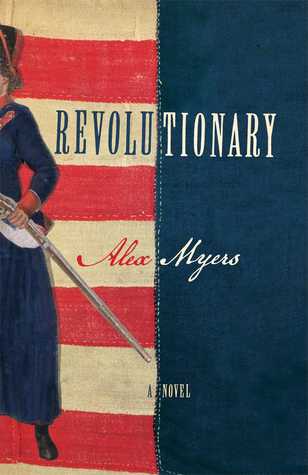 Deborah Samson was an actual 18th century American woman who disguised herself as a man to become a soldier in the American Revolution.   Myers portrays her as having self-determination as her number one priority.  Whenever she loses self-determination, she seeks to regain it.  It may seem ironic to modern readers that a woman who seeks independence would subject herself to military discipline, but for Deborah Samson there was no better life and she excelled at it.  Her comrades and superiors considered her a hero.

There are other novels devoted to this woman warrior, but this one stands out due to the perspective of the author.  When I read in his bio that Alex Myers is a transsexual, I wondered if he would be giving us a transsexual version of Deborah Samson.  It turned out that this wasn’t his intention.  What he has to offer us is his keen insight into gender.   He understood that someone in Deborah Samson’s position might be engaged in an internal struggle over gender identity.  I found it even more interesting that this question of gender was never one that she ever permanently resolved.   Her androgynous nature caused her to have a very fluid sense of herself depending on her circumstances.  I have never seen a historical woman engaged in passing as a man portrayed with such complexity.

Another historical personage who intersects with Deborah Samson is John Paterson.  Paterson was Deborah’s commanding officer toward the end of her military career.   Myers portrays him as a rather unusual man.  I was interested in finding out more about him.  I learned that there were two American Revolutionary generals with the surname of Paterson, and that John Paterson should not be confused with William Paterson.  William Paterson was a very prominent Federalist while John Paterson was a member of the opposition party founded by Thomas Jefferson, the Democratic-Republicans.   The Wikipedia article about the Paterson who was a character in Revolutionary can be found at John Paterson.  After the American Revolution, he became a U.S. Congressman representing the state of New York.   The Library of Congress has a full biography of John Paterson in its collection by Thomas Egleston.  A digitized version can be downloaded at Archive.org.

John Paterson's statement in the novel that America needs strong women as well as strong men made as big an impression on me as it did on Deborah.  Alex Myers bestows Deborah with the strength to fight both physical and psychological battles which gives us a winning novel.