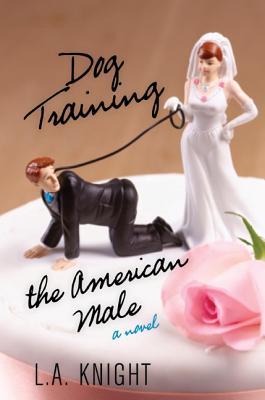 "Walter, my ex--he was all thumbs down there. The man couldn't find my clitoris if I painted it blue and gave him a coal miner's hat with a light on top."

In the aviation world, and I presume many other careers, the workers are divided into two categories: the white collars and the bluecollars. The whites are your supervisors, engineers, planners (though these guys toe the line), managers. The blues are your actual workers: your mechanics, technicians, anyone who gets a bit of a dirty under their nails.

On an aircraft dock or in a shop, every hour or so, something such as this happens:

Mechanic makes a vulgar joke or maybe a fart joke. The blues laugh uproariously. The whites frown or shake their heads.

Perhaps the whitecollars have a different sense of humor or perhaps political correctness has just been too ironed into their shirt collars and minds.

Why do I bring this up? Well...this book is FULL of bluecollar humor, vulgar bits, that will easily offend the politically correct. If I read this book aloud at work, the blues would laugh until tears came into their eyes. The whites would pull me into the office and fire me.

There's a gynecologist who at times enjoys his job a bit too much. This comes with yeast infection jokes and scenes I can't mention on this blog but which I am almost ashamed to confess I found hilarious. Yes, I'm a blue. There's a psychologist who hasn't stayed in a relationship in years, yet is supposed to be a marriage expert. She hooks up with the first man to come along when she realizes this and proceeds to attempt to dog train him, complete with shock collar. There's a senior citizen center full of horny old folks. There are body-building lesbians who run a moving company called PMS. It's quite a cast of characters, with the story line being, basically, how similar men are to dogs.

There's offensive discussions. Nothing is left out. From racism to diarrhea to circumcision. If you can't take it with a grain of salt, this book is not for you.

I found it really funny. I especially enjoyed the George Bush puppet. LOL Reminded me of that man on comedy channel with the grumpy puppet and the terrorist puppet.

I thought the writing a tad juvenile, but this isn't something one picks up if they're looking for literary fiction. I did have a few problems though. I didn't care for the attitude toward dogs. I'm a huge dog person and I am most def not in the choke and shock collar or rolled-up newspaper club. I also just found it a tad ridiculous at times, especially all these people--men, women, old, young--lusting after the bearded, fat, dumb, extremely phobic hippie. Just too preposterous.

But if you like bluecollar humor, give this a go. You'll laugh so hard...