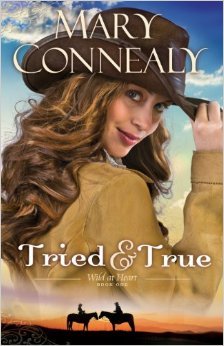 "Women can and do, Mr. Masterson. I'm living proof that there are women serving right there alongside the men."

It's rare for me to dedicate days to reading a book and then me not like it, but that's what happened this time. We have a terrific premise here. A brilliant idea. Three sisters, all posing as men and homesteading land after they fought in the American Civil War. The plan is to make this huge family ranch to honor their dead brother. The puppetmaster in all this is their controlling father.

It sounds exciting. But I don't much care for this sister, the youngest one, Kylie. She's a total wuss. I'm all for dressing up and going to tea parties. Heck, yea. I believe in being as tough as a man but never forgetting you're a woman and embrace that femininity...but this Kylie got on my nerves so bad. She's a slacker. She makes others do the work for her. First it's her sisters, then it's her husband. She doesn't want to build her own dang house or even fight her own dang battles.

He could fight with Pa all the time, so she wouldn't have to.

Aaron had started building, Kylie had helped very little. Aaron never once scolded her for not grabbing an ax and hacking down a tree...

She also gives up too easy. And frankly, none of these actions of hers fit with her her original characterization. This is a woman who spied during the war? Seriously?

So complaint two, the characterization is inconsistent.

Complaint three: the story repeats so much. The narrative tells us the same thing over and over. It will tell us about her treacherous situation on the roof and a few sentences later, it tells us again in different words. The dialogue, same thing. People repeat their stories over and over or say the same thing they just said a few paragraphs ago.

And my last complaint...frankly I think their Civil War service/stories sound a lot more exciting than this. The story here was of people trying to scare Kylie off her land, land she doesn't want anyway. There are some fire arrows and some snakes. And a man always rushing in to save her (see complaint one again). I'd rather read about spying during the war and whatever these sisters went through. Even some flashbacks would have livened this up, perhaps helped with Kylie's weak character.

I actually got so irritated and bored and tired of the repetition, I quit at 80%. I could see where the tale was going. I already knew whodunnit, and Kylie's character was only getting worse. This one simply wasn't for me.