Slave and Sister: The American Civil War in a Jewish Context

Adelaide Mannheim and her slave Rachel share a shameful secret. Adelaide’s father, a Jewish planter in Cass County, Georgia, is Rachel’s father, too. Adelaide marries neighboring planter Henry Kaltenbach, a Jew deeply troubled by slavery, and watches with a wary eye as her husband treats all of his slaves—including Rachel—with kindness. As the country’s conflict over slavery looms ever larger, Henry and Rachel fall in love, and as the United States is rent by the Civil War, the lives of mistress and slave are torn apart.

When the war brings destruction and Emancipation, can these two women, made kin by slavery, free themselves of the past to truly become sisters? 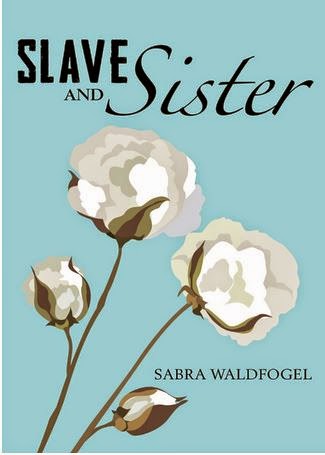 Slave and Sister by Sabra Waldfogel deals with the Mannheims, a wealthy Jewish slave owning family in 19th century Georgia.   There are two female protagonists.  One is Adelaide Mannheim, the white child of privilege. The second is her more versatile and intelligent sister, Rachel, a slave of mixed race who was bound to Adelaide as a maidservant and companion.  This was actually a common though sordid family drama in the ante-Bellum plantation world.  What makes this novel different is that it also deals with Henry Kaltenbach, a Jewish immigrant from Germany, who knew that slavery is wrong.  When he became involved in the lives of these two sisters, he transformed their relationship and their expectations about their futures.

I was intrigued by the Jewish aspect of this book, and received a free copy via the blog tour for Slave and Sister in return for this honest review.
It’s important to realize that slavery was part of ancient Jewish history.  The Biblical patriarchs owned slaves. Abraham had a child with the slave Hagar who was Ishmael, the ancestor of the Arab peoples. Just like the Mannheims, the household of the patriarch Abraham contained Isaac, his heir who was the son of his wife, and Ishmael, the son of a slave, growing up side by side.

So Henry Kaltenbach’s abolitionism was not Biblically based.  It was an ethical conviction rooted in his profound sense of human equality.  In Germany, he had been a revolutionary, and he brought this background to the New World.   He was actually quite an extraordinary man, but he never seemed to realize it.  I admired both his principles and his innate humility.  He was a decent human being in a society where cruelty and injustice abounded.  In Yiddish, the word for decent human being is mensch.  Henry Kaltenbach was a true mensch.

If the characters in this novel were compared to those in Gone With The Wind, many would agree that Henry could be considered like Rhett Butler, and that Adelaide has some similarities to Scarlet O’Hara.  Yet Rachel has no parallel in Margaret Mitchell’s classic masterpiece.  Mitchell was limited by her values and perceptions.  She couldn’t have imagined a literate slave with a powerful intellect, and a pragmatic understanding of the business of running a plantation.  Yet I should also point out, that in the period when GWTW was published, few would have believed that a character like Rachel could have existed even if Margaret Mitchell had been capable of imagining her.   I was born nearly twenty years after the publication of GWTW.   Although current America is scarcely a utopia, there have been some remarkable changes in attitudes in the literary world.  I ­­­ consider Rachel a credible protagonist due to what I know of African American history, and my belief in racial equality.

I didn’t always like Adelaide, but I eventually came to respect her. When Adelaide Mannheim was a child she never expected to become her mother until she found it happening as an adult, and it was not a pretty sight.  A woman’s realization that she has become something she once detested is a very critical moment in her life.  What she does then will count for a great deal.

I was delighted to learn about abolitionist Rabbi David Einhorn from Sabra Waldfogel’s  historical note at the end of this book.  She said that reaction to his 1861 speech against slavery forced him to leave Baltimore.  From the article about him on Wikipedia I discovered that his speech inspired a riot, and that his Baltimore congregants had wanted to tar and feather their Rabbi.  In the sources for the Wikipedia article, I discovered a link to the text of David Einhorn's Speech Against Slavery which I consider an important document in the history of abolitionism and Biblical exegesis.

In conclusion, the characters and the dramatization of the novel’s themes through its compelling plot makes Slave and Sister a novel that I recommend to readers who like to see unusual perspectives in historical fiction.

Sabra Waldfogel grew up far from the South in Minneapolis. She studied history at Harvard University and received her Ph.D. in American History from the University of Minnesota. She has worked as a technical writer and has written about historic architecture for Old House Journal and Arts and Crafts Homes. Her short story “Yemaya” appeared in Sixfold’s Winter 2013 fiction issue. Slave and Sister is her first novel.

Review & Giveaway at Peeking Between the Pages

Spotlight at I'd Rather Be Reading

Review at With Her Nose Stuck in a Book