The Confidant (Lost Locket of Lahari) by Janna Jennings 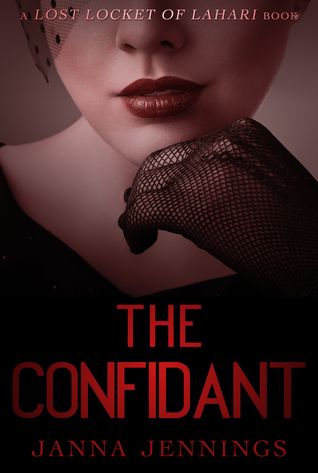 I'm sure the author is sick of reading this, but I have to agree with previous reviewers of this title. There's far too much crammed into so few pages. It could have been a great full-length novel but makes a rushed novella. And while I realize this was originally part of a short story in an anthology, why not make it longer when you make it a stand alone?

That's not to say I didn't like it. It's an interesting tale, really. It's WWII and this young girl's mother is abducted by the Japanese in Manila. Her mother has been working with the resistance. Before she's hauled away, the mother hands over a locket containing data that really needs to get into the Allies' hands. So the heroine rushes off to the Allies, with the Japanese hot on her heels because they want the daughter in order to torture information from the mother.

It's nonstop action. Prisons, poison, dead soldiers, torture, chases, but what I didn't care for was how implausible many things are. Until the end, everything was just too easy for the heroine. I had a hard time believing some things, like Americans (including the heroine) can just don Japanese uniforms and go easily through checkpoints with their bad accents.

We go through more checkpoints with unconcerned soldiers who perform their duties, never looking in the back of the truck.

And she too easily escapes prison the first time. While the story mentions more than once that soldiers tend to underestimate females, I just didn't buy they were underestimating her this much, especially in light of their knowledge of her mother.

So not bad. It's short, quick, implausible, but it's entertaining and you can't help but like the brave heroine.