Wild Justice--A Story in Defense of the Wild

The murderer had gone on a spree and racked up a total of ten kills as the story opens.  The protagonist is tracking him. He always uses the same MO.  She knows his name and background.  She's just waiting for him to make a mistake.  Her name is Jamaica Wild and she works for the Bureau of Land Management in New Mexico.  Her creator is Sandi Ault who has written a series of mystery novels about Jamaica Wild.  "Wild Justice" is a short story that originally appeared in Ellery Queen's Mystery Magazine in 2013, but I purchased the 2014 e-book version from Amazon. 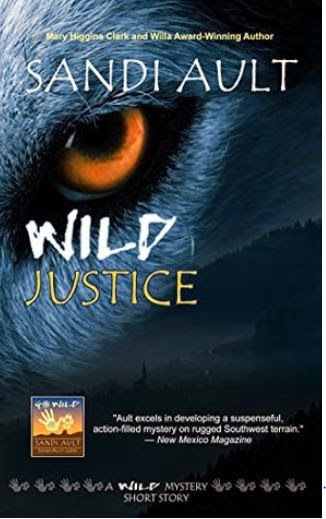 In this story, wolf advocate Sandi Ault has a chance to deal directly with the hatred and mass murder of this species.   If you would like to know more about Sandi Ault and wolves, see this page  on her website. As a lover of wolves myself, I consider this story an important one.  Wolves just want to be left alone to raise their families.  They aren't really savage or vindictive. They are also a species that help to keep the ecosystem in balance.  A Chinese author showed this very dramatically in an influential novel which takes place in Mongolia called Wolf Totem written under the pseudonym Jiang Rong.  I read it in English translation, and it increased my understanding of why wolves are environmentally significant. A Chinese film based on this novel is set to be released in 2015.

Animal lovers could find "Wild Justice" disturbing because truly terrible things happen to both dogs and wolves in this story.  Many people hate wolves, but love dogs.  The killer in this story apparently hates all canines equally.  Given the background about him revealed in the story, I tend to think that he's a psychopath. This is a term that is used in the criminal justice system, but is not an official diagnosis.  See the Wikipedia article Psychopathy.

Because the identity of the perpetrator is known, this story is more of a thriller than a mystery.  How will Jamaica Wild locate this ruthless human predator and end his killing spree?  I learned a great deal about the techniques that Bureau of Land Management agents use in their pursuit of those who commit crimes against animals.  The story also highlights the tremendous dangers involved in stopping these criminals. In "Wild Justice" Jamaica Wild reveals herself as a true hero in her efforts to protect the wild animals she loves.