Tara: Welcome. You’re here to promote the lead title of a new series: Boone’s File. Absinthe and Chocolate, like your other novels, is a thriller. Tell me, please, what was the inspiration behind this story (or series)? How did it come to you? 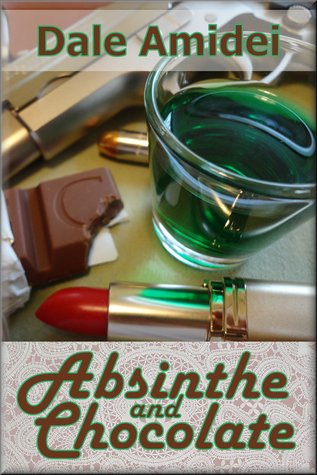 Readers, here is the blurb:

The "intel" game is changing; international intelligence entities react to the growing influence of an emergent private sector effort. The USIC's Director of National Intelligence assigns a female case officer, empowered to take any necessary action, to safeguard the firm's growing data store.

Ranging from Switzerland through New York City to the Russian forests, the resulting covert conflict pits committed professionals from the spectrum of international intelligence against equals. The prize: technology housing intelligence that could reverse the balance of power between East and West.

Dale: Boone’s lead title arrived as a vision of a woman, drinking alone in a hotel room. I needed to find out why. The process was quite a journey and wonderfully worthwhile from a personal perspective. The original imagery evolved into her opening scene: Day 42 in Moscow.

Dale: Boone’s strength, like every strong person, flows from the essence of her character. Though she is small in stature, her discipline has allowed her to become as physically fit to the limits of natural physiology (the field in which she earned her doctorate). She has a strong sense of allegiance fortified by working in a field that commands her loyalty. Those cultivated, essential capabilities qualify her to address her duties: high-level national security assignments from The U.S. Director of National Intelligence (and her former lover) Terrence Bradley.

Boone’s achievements extract tolls; her essential loneliness is sated only when a kindred spirit draws near enough. By the time we meet her, she has also developed an unhealthy gravitation toward alcohol. Strength proceeds from overcoming both weakness and challenge, and Boone does this regularly … usually in a rather spectacular fashion.


Dale: I have been blessed to know many strong women: Mother, whose lifetime was an example of continuous resilience. My wife and Editress and partner in Single Candle Press, who is without effort the quality of character to which I aspire. There is Jo, who in her forties earned a black belt and embarked on a twenty-year career as a police officer, and many others. Nothing in an author’s life, it’s been said, ever goes to waste. Hundreds of people I’ve known go into the character development of my novels.

Tara: Those all sound like fabulous women! And I agree with you on the author's life. Very true.

Dale: Boone carries a lot of pain with her in her travels. Her past actions and decisions are part of that, as are the isolating requirements of her classified responsibilities. One has to draw from a deep well to bring across those emotions and make them effective in the pages of fiction. Her poetry, when she retreats to her journal, reflects her internal struggle. I’m glad, despite being required to pass through those low times with her, to be able to tell the woman’s story.

Dale: The scope of duties within the United States Intelligence Community—Boone’s world—is breathtaking. This actual organization encompassing the nation’s sixteen intelligence agencies (seventeen with ODNI, the Office of the Director of National Security) has been in existence since the 1980s, yet remains largely unknown. Boone’s mission, as defined by her Director, is to solve problems that most people will never know existed. As Lao Tzu writes in the Tao Te Ching, work done is forgotten, yet lasts forever.

Dale: I write with the small goal of moving forward with a reader through the rest of his or her life. Toward that end, I write novels examining the perspectives that guide decisions across a wide variety of personalities. My readers can draw their own conclusions. Had we nothing substantial to say, the thousand hours of work to complete each novel and edit it to production would not be made.

Boone herself, in this introductory title, is at the beginning of a journey that, at this point, spans three more titles. I was in love with her by the end of the first.

Tara: Your book takes Boone around the world: Virginia, France, Switzerland, New York City, Moscow, and the forests of Russia. Which of those settings spoke to you the most?

Dale: The cold quietude of the forest of Russia’s Vladimirskaya Oblast, interrupted and then shattered by the climax of the novel, reminds me of my childhood here on the Northern Plains. I imagine peace that has resettled there, since humans have again left the place to itself. Perhaps there is a life lesson in that.

Dale: I would travel to first century Galilee to witness the mission of Christ, which I see as the axis of human history. Even today, men and women are defined by the degree to which they address the essential precepts Jesus presented during those three years. There I would attend fully what I observed, which is how I attempt to live in any circumstance.

Dale: Part of this I’ve done. Five novels are on the market with four more on the way, a tenth in pre-production, and another raising a blister in my mind. There are nine, anyway, that I will not have stuck inside me once I move on from this life.

Tara: That's a lot of writing to do. You better get busy. LOL

Dale: Gordon and T.R. (pic attached) are two gray tabbies who lived their lives with us from beginning to end and now are two of the pieces missing from our hearts. Leo (the blond) and Gato (our orange tabby) currently patrol the Perimeter. They are family members and recognized lesser someones, loved beyond proportion to their span and size.

Tara: Oh, thank you so much for sharing. I'm very sorry about Gordon and T.R. and hope they had the happiest of lives.

I live and write on the wind- and snow-swept Northern Plains of South Dakota. Novels about people and the perspectives that guide their decisions are the result. The faith-based themes of my work are set in the real world, which can be violent. It features real-world language, which varies between personalities. Each character is realistically portrayed as caught between heaven and earth, not always what they should be, nor what they used to be. In this way they are like all of us.

I believe that a novel begins with having something to say. Everything that comes next, developing the characters, the plot, the first draft, the editing, the polishing, all follow this. First have something to say, and then start writing.